In summary: Frederick Ozanam died on 8th September 1853, but as that is also the Birthday of the Blessed Virgin Mary, we have brought him forward to 2nd. An accomplished linguist and Dante scholar, Frederick also found time to care for the poor. The society he started has today over a million members in 32 countries. 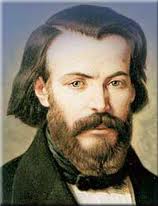 Frederick-Antoine Ozanam was one of fourteen children in his family to survive infancy. His father was an officer in Napoleon’s army. He was born in Milan, but the family moved back to Lyon in France.

Frederick and companions form a lay institute
He studied at the Collège Royal in Lyon and was interested in both law and literature. He became involved with a group of liberal Catholic intellectuals – Emmanuel Bailly, historians Montalambert and Chateaubriand, the Romantic poet Lamartine and the Dominican preacher Pere Lacordaire. This group along with a Daughter of Charity named Rosalie Rendu began the lay institute dedicated to caring for the physical and spiritual well-being of the poor.

Frederick was 20 years old when he began the Society with a number of friends in Paris on April 23, 1833.

He made this defining statement a year later. It still encompasses the spiritual ethos of the Society and its focus on working for social justice.
“The question which is agitating the world today is a social one. It is a struggle between those who have nothing and those who have too much. It is a violent clash of opulence and poverty which is shaking the ground under our feet. Our duty as Christians is to throw ourselves between these two camps in order to accomplish by love what justice alone cannot do”.

Frederick, the Founder of the Society of St.Vincent de Paul made these words, spoken in 1834, and still remain accurate in today’s world. He took his doctorate in law in 1836 and although his father died around this time, he went on to gain a doctorate in literature with a thesis on Dante’s philosophy.

A Dante scholar and accomplished linguist
In 1845 Frederick moved from Lyon to Paris and married Amalie, who soon gave birth to a daughter. He combined an academic career with lecturing to the Cercle catholique and visiting the poor. 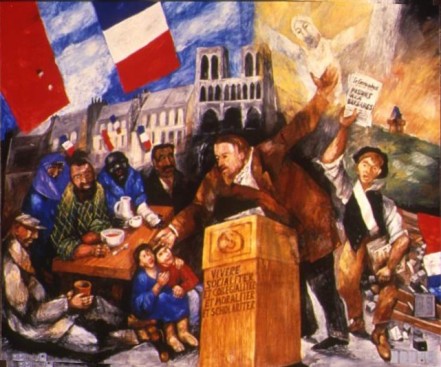 An accomplished linguist, he was promoted to professor in 1846 and began a project on the literary history of the Middle Ages from the 5th century to Dante. But he contracted tuberculosis and his health began to fail.

Christian Socialism
With Pere Lacordaire he started a journal expounding Christian socialist principles. He went to Italy in 1853 partly for health reasons but also to collect a prestigious award for his work on Dante.

Declining health
On the return journey Frederick collapsed and died at Marseilles on 8th September 1853.

Beatification
Pope John Paul II beatified him in August 1997, expressing the hope that more married people would be canonised.

The Society of St Vincent de Paul now has over a million members in 32 countires.