Home > News > Euthanasia in Belgium is out of control

Euthanasia in Belgium is out of control 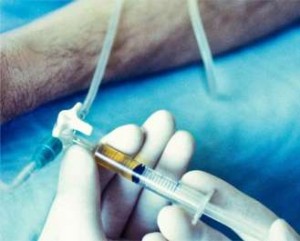 Euthanasia in Belgium is reportedly “out of control” with a 500% increase in cases in ten years.

One third of these were involuntary; half were not reported; while euthanasia was resorted to for blindness, anorexia and botched sex change operations.

Currently there are plans to extend euthanasia to children and people with dementia.

One commentator has warned that Belgium has “leaped head-first off a moral cliff”.

One of the reasons seems to be because of the utter failure of regulation of the practice which is exacerbated by serious conflicts of interests according to Dr Peter Saunders.

One of the leading euthanasia doctors actually chairs the regulatory committee that is meant to supervise him.

Other members of his ‘Commission’ are pro-euthanasia activists.

Dr Tom Mortier is also a member of the Belgian group – Euthanasie Stop. Parts of this article were previously published by the Belgian Medical Newspaper

Under his ‘medical’ guidance, he killed 44-year-old Nathan Verhelst, who was born as Nancy.

Distelmans, who is an oncologist, said on Belgian radio that his patient met ‘all’ the conditions of the euthanasia law.

Furthermore, Distelmans said that unbearable suffering under the Belgian euthanasia law can be both physical and psychological.

In the case of Nathan Verhelst, euthanasia was done for reasons of psychological suffering.

Distelmans said that it is not exceptional for mentally ill patients to be euthanised.

When he was asked about the terms of the legislation, Distelmans replied laconically that a second opinion should be sought from two other doctors, and when the patient is not terminally ill, one doctor must be a psychiatrist.

Furthermore, a month must pass between the written request for euthanasia and the lethal injection.

However, according to the Belgian euthanasia law, the opinions of the two other doctors are not binding; and the doctor who does the euthanasia can ignore a negative opinion and still give a patient the lethal injection.

Basically, in Belgium, a person only needs to find a euthanasia doctor who is willing to kill!

The euthanasia doctor only has to have two written reports in the medical record approving euthanasia of the patient and the doctor can ignore any negative reports.

It is striking to see that Distelmans, as the leading euthanasia doctor in Belgium, has been given so much freedom.

Distelmans has become a Belgian media icon who continually propagates his ideology through various newspapers and magazines.

His institutional background also has enabled him to be honoured as the ‘hero of the Belgian euthanasia law’.

He has been the chairman of the Belgian Euthanasia Control and Evaluation Commission (Belgian Commission) for more than ten years.

Furthermore, he has started his own ideological association that is giving awards to other members of the Belgian Commission.

For instance, the retired Senator Jacinta De Roeck, a pro-euthanasia activist, was recently honoured by Distelmans with a ‘lifetime achievement award’, which is ironic as already more than 8,000 euthanasia cases have been registered in Belgium since 2002.

As the chairman of the Belgian Commission, Distelmans is ‘controlling’ his euthanasia law, while continuing to administer lethal injections after ‘consulting’ with his close colleagues.

Therefore, we strongly question whether independent consultations, a legal requirement of the law, are actually occurring during these so-called medical consultations.

Furthermore, there will never be a two-thirds majority to send a case to a judge because the members of the Belgian Commission and its chairman are in a conflict of interest!

It appears that Distelmans has become both the judge and the executioner.

Dr Peter Saunders is a former general surgeon and is CEO of Christian Medical Fellowship, a UK-based organization with 4,500 UK doctors and 1,000 medical students as members.