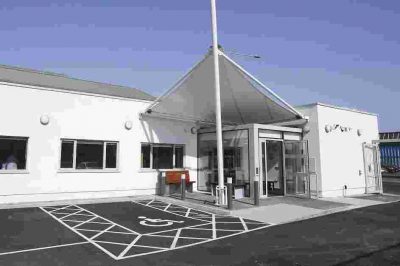 Yesterday was Sea Sunday, when the faithful all over the world are asked to pray for the world’s 1.5 million seafarers.

In many dioceses, a Church plate collection was held for the Apostleship of the Sea, which is also affectionately known as Stella Maris. Founded in Glasgow in 1895, the Apostleship has had a presence in Dublin since 1910. The “Sailors’ Home”, on Sir John Rogerson’s Quay, which was run by Stella Maris, is mentioned in James Joyce’s Ulysses.

Today, the mission operates two centres for seafarers in Dublin. The first of these, at Beresford Place, behind the Custom House, has been in operation for decades. The second, in Dublin’s Docklands, is operated jointly with the Church of Ireland’s Mission to Seafarers.

The centre’s facilities, which include cooking and dining facilities, a library, a television room and wi-fi for contacting families, are used by more than 7,500 seafarers a year, many of them from India, Pakistan, China, Ukraine, Russia and the Philippines. These men work in difficult conditions, and one of the other ways Stella Maris in Dublin helps them is by providing them with woolly hats to supplement their cold weather gear.

Each year the Vatican’s Dicastery for Promoting Integral Human Development issues a message for Sea Sunday. This year its prefect, Cardinal Peter Turkson, wrote that many people do not realise how important the work of seafarers is to their way of life.

“Most of the possessions that we have in our houses – the television, the fridge, the washing machine, computer and phone, not to mention the fuel for our cars, the clothes we wear and many other items – are all made in distant parts of the world and brought to us by air or by sea,” Cardinal Turkson said.

“So it is proper that we pause for a moment to reflect on how important and crucial seafarers are for our comfort and being.

“The life of seafarers, although it could appear attractive and interesting in the eyes of some people because they sail around the world visiting numerous countries, is in reality full of challenges and hardships.

“For their whole contract, seafarers are forced to live in the confined space of a vessel, for months at a time, way from their families and loved ones. Often their salaries are delayed and, at least in one case, national legislation prevented seafarers from receiving cash while on board, leaving them penniless for the duration of their contract.

“Fast turnaround times in ports prevent them from going ashore to relax and release tensions from some of the toughest working conditions, aggravated by the continuous threat of piracy and, now, also by the risk of terrorist attacks.”

With crews increasingly made up of people from different nationalities, cultures and religions, the opportunities to interact socially aboard modern cargo ships has diminished and this is exacerbated by the fact that automation means that ships crews contain fewer members than before.

“Isolation and depression, combined with a lack of a supportive environment, affects the mental health of seafarers, sometimes with tragic and heart-breaking consequences for their families, crew members and ship owners,” said Cardinal Turkson.

He asked chaplains and Stella Maris volunteers to be vigilant and approach seafarers with a “committed spirit” when making pastoral visits to ships in port.