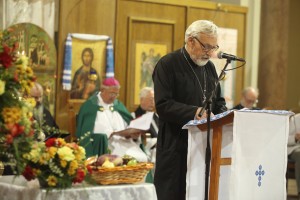 Archbishop Diarmuid Martin of Dublin has said he hopes to initiate a Laudato Si prize for schools in the Dublin area to honour an ecumenical project on the care for the cosmos.

Speaking to CatholicIreland.net after a liturgy for World Day of Prayer for All Creation at Holy Cross College Clonliffe, the Archbishop said “young people can teach us about doing a lot more” on care for the environment and he added that his generation “don’t really have the same sensitivity” to the environment as the younger generation.

He praised all that was done in schools’ green flags projects and he said he would be working on the details on establishing this new prize.

Calling on Irish society to do more in relation to renewable energy, the Archbishop revealed that he had solar panels installed on his residence and ensured that the house was properly insulated.

“I think we should all be looking at the ways in which we use the resources of nature,” he said and he appeared to back the ideas that parishes would some sort of energy audit to see how best to conserve energy. 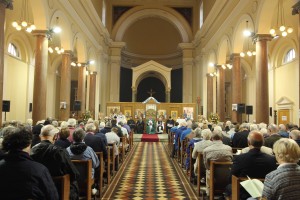 Flanked by members of the Orthodox Churches, Church of Ireland, Quakers and Salvation Army, Archbishop Martin said in his address during the liturgy on Tuesday that the prayer for creation was “a cry to all to develop a totally new and different relationship with the world that surrounds us”.

An ecological spirituality of care for creation is about what God plans for his creation and about the place of each one of us in that plan and therefore an act of faith and conversion and not a concession to political correctness or about turning the Church into a “green NGO”, he said.

This event reminds us that as individuals and as Churches we have often neglected our responsibilities for the protection of creation or have even distorted the true attitude towards the environment which should mark the believing Christian.   This distortion then led some to act as if we humans can look on the earth just as a resource to be exploited for our own interests, that the resources of the earth are just raw material for us to shape at will or for narrow economic gain. 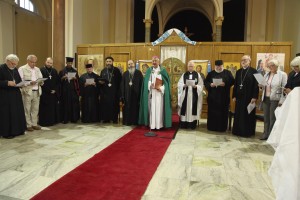 The Orthodox Churches in particular share a beautiful tradition of ecological spirituality.

He also drew from Pope Emeritus Benedict XVI who noted that the “earth has a dignity of its own and that we must follow its directives”.

The Christian attitude to creation is that we are not its lords entitled to do what we wish with it, but in a way we are subject to the directives of nature and are called to ensure that those directives are respected in our societies.

“Conversion is not an act of concession to political correctness or simply the use of nice formulae; without conversion of our hearts we will be left living a life that is still selfish and self-centred and inward looking,” Dr Martin warned.

Elsewhere, the Archbishop said that from the beginning of time God revealed himself in creation.

“Our faith is not a pantheist faith which identifies God with the earth; but the Christian belief in creation is to recognise that God revealed himself in creation and that we must always realise that in creation we encounter something of the God of love which challenges us to live the reality of love in all our relationships.”

The world and all it possesses is not ours, he emphasised and warned that the cosmos is not just something for us or for what we might wish to pass on to future generations in a sort of measured utilitarian view.