World is now living with the reality of climate change, warns eco theologian 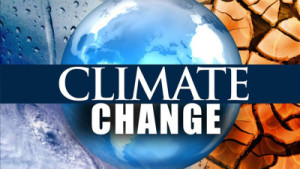 Eco theologian, Fr Sean McDonagh, has poured cold water on the hope that the devastating hurricanes, Harvey and Irma, will prompt US President Donald Trump to change his mind on climate change.

In a blog posted on the Association of Catholic Priests’ website, Fr McDonagh stresses that the world is now living with the reality of climate change.

In his post, he echoes the views of Bill McKibben, writer and founder of the climate campaign 350.org, who recently highlighted in an article for the Guardian newspaper that we need to stop talking about the threat of climate change and realise it is no longer a threat but an occurrence taking place right now.

Both Fr McDonagh and Bill McKibben argue that Hurricane Harvey, Hurricane Irma, flash fires, heatwaves and droughts are telling us that time is running out.

Referring to the recent disasters in the Caribbean and the US, Fr McDonagh writes, “I am sure many people in the Caribbean and in the United Stated had hoped that the damage from hurricanes Harvey and Irma would not be so great. Unfortunately, they were wrong. Harvey, a category 4 storm, crashed into Texas on August 25th, 2017.”

Describing it as “probably the most expensive storm ever to hit the United States”, he notes that the storm made landfall on three separate occasions during the six days of its existence.

Economists estimate that the damage will be around $180 billion. More than 13 people died in the storm.

There were also other firsts. Hurricane Harvey has set a record for rainfall in the continental United States, mainly because the storm lasted so long.

Like Harvey, Hurricane Irma, which hit the western coast of Florida on 10 September 2017, has its own deadly records in Florida, Georgia and South Carolina.

The Columban missionary acknowledges that many people are asking will these two storms encourage US President Donald Trump to change his mind on climate change.

“Will he now begin to listen to scientists and meteorologists, who are pointing to the links between hurricanes and climate change?”

However, Fr McDonagh concludes, “Unfortunately, President Trump is still in denial about climate change and its effect even in the United States.”

He highlights how for Pope Francis the scientific community has been “clear and precise” in linking human activities to the ongoing climate crisis.

Climate change is a “serious matter over which we cannot make jokes,” the Pope chided.

The Pontiff made his comments on the flight back to Rome from Colombia on 11 September 2017 and urged “those who deny climate change need to go to scientists and ask them”.