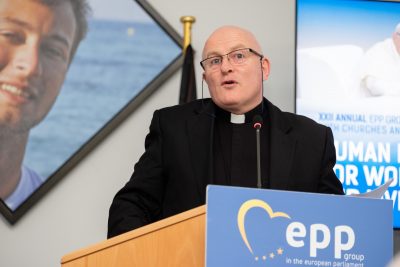 A member of the Missionaries of Africa (White Fathers), the Co Clare native has more than 25 years of missionary service in the Middle East and Africa.

World Missions Ireland is the Church’s official charity for overseas mission and is part of a worldwide network of 120 offices under the coordination of the Pontifical Missions Societies in Rome.

Archbishop Kieran O’Reilly, SMA, Chair of the Board of World Missions Ireland, welcomed Fr O’Sullivan’s appointment by the Prefect of the Congregation for the Evangelization of Peoples.

Describing it as an “important position in the Church in Ireland”, Archbishop O’Reilly paid tribute to Fr O’Sullivan’s “extensive mission experience” in Africa and the Middle East.

“His knowledge of today’s missionary challenges facing the Church will bring a new dimension to the work of World Missions Ireland,” he said.

“The Catholic Church in Ireland continues to assist in many different ways the younger Churches as they deepen their faith and carry out the mission entrusted to all of us by Jesus Christ. Fr Michael’s knowledge and missionary experience will be invaluable in the position that he now takes up. I know that he will be welcomed by the great staff at the World Missions Ireland office.”

Many of the global network of offices under the coordination of the Pontifical Mission Societies in Rome are known as Missio. The umbrella organisation is the Pope’s chosen instrument for sharing the Gospel and building the Church throughout the world.

Fr O’Sullivan said he felt privileged to have been chosen for the role.

“It is indeed an honour to be working in an organisation that is driven to promote and support the life-giving work of our overseas missionaries. In these uncertain times, I am energised to be part of such a strong mission, a mission of purpose that positively impacts struggling overseas Church communities,” he said.

“I will do my best to serve both the faithful of Ireland and our overseas missionaries by promoting their life-giving work with energy.” 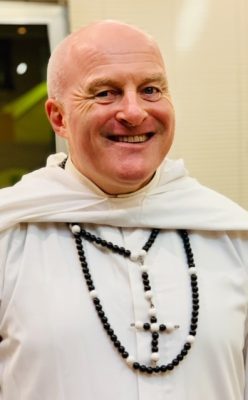 Fr O’Sullivan’s appointment, which is renewable after a five-year term, was made by the Prefect of the Congregation for the Evangelization of Peoples in Rome after a terna (list) of candidates was submitted by the Irish Bishops’ Conference and the Apostolic Nuncio in Ireland.

The White Father missionary is fluent in French and Arabic. He is originally from Kilrush, Co Clare.

He became interested in missionary life after studies at Cistercian College, Roscrea. From there, he joined the White Fathers in Templeogue, Dublin.

Following further studies in Dublin and Switzerland, Fr Michael completed a two-year internship in Algeria, which led to additional theological studies in Toulouse.

Ordained in 1991, he spent a year in Algeria at the beginning of the civil war before further studies in Rome. Fr O’Sullivan has held roles in Sudan, Lebanon, Jerusalem and the UAE.

In January 2019, he acted as Coordinator of the UAE Papal Visit, on behalf of the Apostolic Vicariate of Southern Arabia.

Pope Francis’ visit, the first by a Pontiff to a Gulf state, was seen as an important step for dialogue between Christians and Muslims.

Over those twenty years, Fr Galvin contributed considerably to the organisation, notably through his published works on the Pontifical Missions Societies founders.