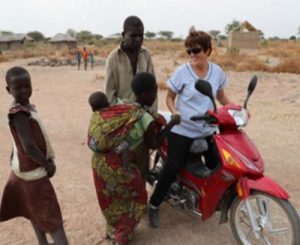 The Missionary Sisters of Our Lady of Apostles (OLA), in conjunction with a number of other NGOs, have recently launched a new project in Tanzania aimed at those living with HIV/AIDS.

Speaking in advance of World Aids Day (1 December), Irish Sister Kate Costigan said the five-year ‘Test and Treat’ project will test up to 300,000 people and treat up to 20,000 people, including an estimated 2,000 children in Tanzania.

Working at the busy clinics of Bugisi, Tanzania, Sr Kate said the order’s approach to healthcare was “permeated with the Gospel values of love, compassion, and an utmost respect for all, with special emphasis for the person living with HIV/AIDS.”

“Using high quality testing services we aim to identify those with HIV/AIDS. The next step is to effectively and quickly link those who test positive to community based treatment, care and support,” she said.

Sr Kate has been on mission in Tanzania since 1998, working in the Catholic Diocese of Shinyanga.

The nun from Templemore, Co. Tipperary travels cross-country by motorbike for mobile clinics in remote areas. She says that the Itwangi area has a particularly heavy prevalence of HIV/AIDS, and that “having a mobile clinic here means people do not have to make the long journey to Bugisi. A central part of this new project is that it will be community based in terms of the testing and care elements.” 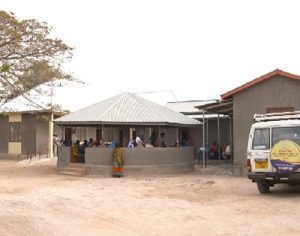 Meanwhile in Bugisi the newly constructed wing of the care and treatment centre for HIV/AIDS sufferers has opened, bringing a great hope to the region. Tomorrow, Saturday 3 December, around 1,000 people will gather there to mark World Aids Day.

Asked what motivates her mission, Sr Kate quotes a line from English writer, John Bunyan: “You have not lived today until you have done something for someone who can never repay you.”

“The source and strength of the OLA’s work within this project (and all our work) is rooted in our Christian faith and in our passion and commitment in the healing ministry of Christ,” she added.

Tanzania has a population of approximately 46 million people with up to 1.5 million people living with HIV/AIDS, a disease that was first clinically observed 35 years ago.

The Test and Treat project is a joint collaboration between the OLA Sisters, Good Samaritan Foundation, Gilead Science, Shinyanga Diocese, and Doctors with Africa – an Italian NGO.

The Missionary Sisters of Our Lady of Apostles (OLA) was founded by Fr Augustine Planque in 1876 and has had a presence in Tanzania for 25 years. It has communities in Mwanza, Mwamapalala and Bugisi – all located in the north of the country. In addition to healthcare, education and pastoral works are key priorities of their mission.