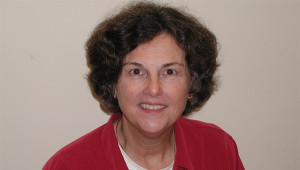 A leading expert on women deacons and the Catholic Church has called for the issue to be included as part of the discussion in next year’s diocesan synod in Limerick.

Dr Phyllis Zagano, a research associate at Hofstra University and columnist with the National Catholic Reporter in the US, made her call in Ireland, after delivering a major address at the theology department of Mary Immaculate College in Limerick.

She told the Catholic Times newspaper that not every diocesan structure needs deacons and not every bishops’ conference needs them.

According to Dr Zagano, some dioceses don’t have permanent deacons because they don’t want to risk what happened in the diocese of Killaloe.

Others don’t want male permanent deacons until there are female deacons as well.

In her address at Mary Immaculate College, the American theologian said the diaconate is the rank of holy orders specifically charged with the Word, the liturgy, and charity.

Catholic deacons preach and teach the Gospel of Jesus Christ; they participate in the liturgy of the Eucharist and lead other liturgical services; they oversee the Church’s works of charity.

As clerics, deacons can ordinarily witness marriages, solemnly baptise and hold certain church offices open only to members of the clergy.

Speaking to the Catholic Times, Dr Zagano warned that the lay women in Killaloe who forced the diocese to shelve plans for the introduction of the permanent diaconate were misinformed when they claimed that the laity can do anything a deacon can do.

“People say there is nothing a deacon can do that a lay person can’t do – that is not true,” the Hofstra University research associate said.

She said a lay person “under no circumstances” can preach a homily at Mass, with the exception of a specific Mass for children but even for that permission was needed from the bishop.

She also outlined the difficulties in relation to marriage and said these were areas which couldn’t be tweaked in order to allow laity, who have not been trained, ordained or given faculties by the bishop, fulfil the role.

“While there are many things lay people can do, it is a red herring to say that women ministers don’t need to be ordained,” she warned.

Recalling her time in Ireland in 2006 on a Fullbright scholarship, the then Bishop of Limerick, Dr Donal Murray, had told her that the problem with women deacons in Ireland “is that you would insert a layer between the women who are doing all the work and the priests”.

Dr Zagano has a new booking coming out next year which will show that between 1972 and 1994 very senior theologians, including members of the International Theological Commission, wrote papers supporting the ordination of women as deacons and that these have been ignored by the Vatican.

“I have been constantly told by people working in the Vatican that they can’t say no to women deacons, they just don’t want to say yes. And so it been a theological kick the can down the road,” she said.

There are more than 40,000 permanent deacons in the global church of which 15,000 are active in the US. Most are married men.