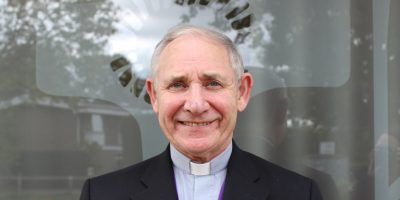 A British bishop has called for people affected by the Windrush scandal to be compensated by the UK government.

Windrush Day was held on 22nd June, marking the arrival of the HMS Windrush on that day in 1948, bringing almost 500 Jamaicans to the UK.

The so-called Windrush generation refers to the immigrants who were invited between 1948 and 1971 to the UK from Caribbean countries such as Jamaica, Trinidad and Tobago, and Barbados to help rebuild the country after the World War II.

The Commonwealth was seeing as potentially providing the people needed to keep the British economy ticking over. They were given indefinite leave to remain.

Having been born in British colonies, the so-called Windrush immigrants were legally British and were granted leave to stay indefinitely under the 1971 Immigration Act, but many never formalised their status.

Some of those who failed to do so were later wrongly treated as an illegal or undocumented immigrant.

In 2016, the Conservative government began a new programme to deport people who could not prove they were in the country legally, and this threatened the estimated 60,000 Commonwealth immigrants who settled in Britain prior to 1971.

At least 63 people were deported to the Caribbean.

News that the members of the Windrush generation, who were in the country legally, were being treated in such a way caused a public uproar.

Bishop Paul McAleenan, the bishop for Migration and Asylum in the Catholic Church in England and Wales, criticised the UK government’s “hostile environment” policies and said it must learn from this scandal.

“22nd June is Windrush Day. It marks the arrival of the Windrush generation, giving us an opportunity to celebrate the contribution of the British Caribbean to the common good of UK society. It is also a day to remember and regret what some of that generation were later to experience and are still experiencing.

“They must ensure that necessary emergency support is provided and compensation made. Most of all, they must take steps to ensure that such mistakes which undermine one’s God given value are never repeated,” Bishop McAleenan said.

Last year, British Prime Minister Theresa May, who previously served as head of the Home Office, personally apologised to Caribbean leaders for the way their citizens had been treated.