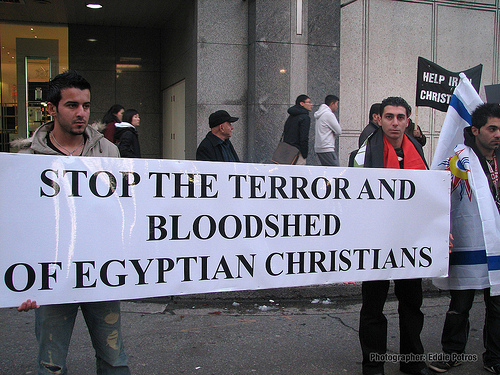 People in the West, including some Christian leaders, are in a state of “complete denial” about religiously motivated persecution in Nigeria, Syria, Pakistan, Indonesia, Sudan, Iran, Egypt, China and North Korea according to Catholic peer, Lord David Alton.

In a lecture given in Brentwood this week, Lord Alton highlighted the “systematic killing and outright persecution of Christians” which is taking place “without hardly a murmur of protest.”

Citing the dismissal of two Catholic midwives for refusing to take part in an abortion and the sacking of a Christian woman for refusing to remove her cross, Lord Alton said examples of religious intolerance and discrimination were to be found in the UK.

He referred in his lecture to a recent poll which showed that more than four out of five churchgoers (84 percent) think religious freedoms, of speech and action, are at risk in the UK.

A similar proportion (82 percent) feel it is becoming more difficult to live as a Christian in an increasingly secular country.

“This echoes a recent remark of the German Chancellor, Angela Merkel, who also said that she believes Christians are the most persecuted group in the world today,” the Catholic peer warned.

Giving evidence to Congress, Archbishop Francis A. Chullikatt, permanent observer of the Holy See Mission at the United Nations, described “Flagrant and widespread persecution of Christians rages in the Middle East even as we meet.”

Experts warned Congress that many Christians around the world are facing serious persecution that often goes unreported and undeterred.

Other speakers at the congressional hearing testified about violence against Christians in India, Nigeria, Myanmar, Sudan, Eritrea, and Indonesia.

According to a Report by the Pew Centre between 2006 and 2010, Christians were harassed in 139 countries around the world.

“We in the West, who enjoy so many freedoms and liberties, need to ask ourselves some tough questions about the disproportionate nature of the causes which we so readily embrace whilst ignoring the systematic violent ideology of an Islamist ‘Final Solution’ directed at the Christian minorities,” Lord Alton commented.

He also noted that hundreds of parliamentary hours can be spent asserting the rights of foxes or on discussing rights associated with life-styles but when it comes to the killing of children and students, or the torching of their homes and places of worship, or the destruction of centuries old culture, “our political classes have taken Trappist vows,” he said.

He claimed that this stems from “a misplaced belief that their silence about radical Islamist groups represents ‘tolerance’. In reality it stems from fear and indifference.”

If political leaders have been indifferent, where are the western churches?, he questioned. 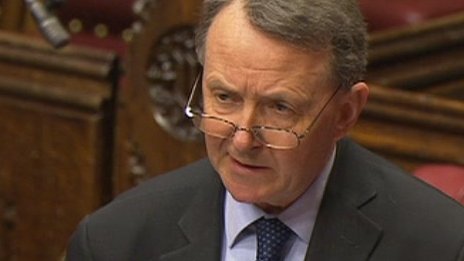 “Secular society has got its priorities wrong but so have western Churches which too easily become intoxicated with their own introspective navel-gazing,” he said.

“If I was sitting in the rubble of a Syrian or Egyptian church, or in a gulag in North Korea, or had just seen my home destroyed or, even worse, my loved ones killed, I would think that our endless self-absorbed debates, which often mirror the rights-driven agenda of the secular world, are self-indulgence of a high order.”

He also challenged Muslims in Britain to do more.

“Muslims, who have often settled in our democracies, need to be much braver in breaking the conspiracy of silence and in identifying with those who suffer – among whom are many Muslim victims of visceral hatred motivated by persecution for being the wrong kind of Muslims.”

He continued, “Never forget that many of these families came to Europe to escape the intolerance of countries like Pakistan – where a young Muslim girl can be shot for wanting an education or its Catholic Minister for Minorities, Shahbaz Bhatti, can be assassinated for preaching co-existence.”

But Lord Alton underlined, “Many of our European Muslims are good, law-abiding people, who want the same things for themselves and for their families as the rest of us.”

He said they were not, as some foolishly and wrongly caricature them, an enemy within.

“But if they remain silent it will increasingly be seen as acquiescence. It will, however, require real courage to speak out against forces which have no respect for difference or diversity, or for life itself,” he warned.

As he began the slaughter of Jews, gypsies, homosexuals, people with disabilities and many others, Adolph Hitler famously remarked “who now remembers the Armenians?”

Will our generation similarly ask the question “who now remembers the Christian minorities of the Middle East and North Africa?”

Or will we ask the other famous question associated with the failure to speak out for the victims of the Reich “who will be left to speak for me?”

Lord Alton warned that there is a high degree of religious illiteracy amongst policy-makers in Western nations.

“Policy-makers, intelligence services and the media need to have a much more considered understanding of religious radicalisation and intolerance,” he said.

He called for a re-examination of events through the lens of Article 18 of the 1948 Declaration of Human Rights.

“Unless we lay bare the ideology which lies behind radical Islamist thinking – and which too often reduces God to the status of a faction leader or tribal chief – and challenge the conspiracy of silence which surrounds the question of religious persecution, at the hands of radical Islamists and atheists alike – we will sleep-walk into a tragedy which has implications well beyond the ancient biblical lands or East Asia.”

Referring to Iraq and the decline of the Christian population from 1.4 million Christians to 150,000, he said it was little wonder that Pope Benedict on his visit to the Holy Land remarked: “Churches in the Middle East are threatened in their very existence”

Elsewhere, the mainly Christian populations in Blue Nile and South Kordofan were subjected to daily bombardment by the Sudanese Government.

In Nigeria, as February ended, Boko Haram – which means eradicate western education and influence – murdered, in cold blood, twenty nine students of the Federal Government College in Buni Yadi, Yobe State, while they slept in their student hostels .

The north-south conflict in Nigeria is reminiscent of Sudan – when two million, mainly Christian people, were killed, Christian pastors have been beheaded by Boko Haram who openly say their interim goal is “to eradicate Christians from certain parts of the country.”

He said that when their depredations are reported at all, Boko Haram are simply described as a ‘terrorist’ group.

“What analysis is made of what motivates them to drive a jeep laden with explosives into a packed Catholic church in Kaduna or to kill students whose crime is to embrace Christianity?”

“Turn the tables for a moment and ask yourself what reaction there would be in the Islamic world if, heaven forbid, Christian gunmen stormed a student dormitory and murdered dozens of sleeping teenagers; or if mosques in Bradford, Marseilles or Dusseldorf were burnt to the ground and believers praying there were car-bombed by suicide bombers.”

Although religious persecution can affect people of all faiths and none (a young atheist has just been released in Indonesia after serving two years in prison for stating on Facebook that he did not believe in God), in every single country where there are infringements of Article 18, Christians face persecution, Lord Alton noted.