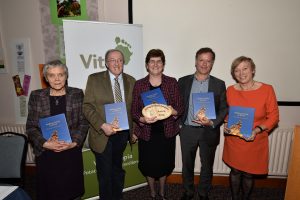 Sisters and friends at Knock House Hotel, Co Mayo, for launch of Walking Gently on Earth

West of Ireland Sisters of Mercy are going global with their Eco-Congregation Award and related book.

Last Sunday (27 November) a large group of Sisters and friends gathered at the Knock House Hotel, Co Mayo, for the launch of Walking Gently on Earth.

The publication has since gone online with Mercy International, which links the global communities of the Sisters of Mercy as well as representing the sisters and their projects and missions in Africa and elsewhere at its office at the United Nations.

“The Sisters of the Western Province in Ireland have been honoured with an Eco-Congregation award. The process involved making a submission, which developed into a book, Walking Gently on Earth,” the sisters stated.

“Following the gratuitous nature of our merciful God, and the universe that is constantly giving of itself, we wish to share some of our story as it is expressed in this book,” they added.

Earlier this year the Sisters of Mercy Western Province were nominated by the NGO Vita for the Eco-Congregation Award. Eco-Congregation Ireland encourages churches and communities to take an eco-approach to worship, lifestyle, property, and in finance management, community outreach and contact with the developing world.

The Western Province and NGO Vita have worked together in Africa since 2007. In Ethiopia the Sisters contribute financially, while Vita is on the ground supporting the development of more energy-efficient stoves, seed saving, better water management and sanitation, and, most recently, solar lighting.

The sisters themselves in the west of Ireland have examined their lifestyles and live in a more environmentally sustainable way. Walking Gently on Earth includes stories of the sisters’ efforts to have a harmonious relationship with the earth. It details their recycling, composting, water and energy-saving efforts in various communities, as well as their gardening efforts to enhance and enjoy the natural environment and for food.

“While not exhaustive, it is hoped that this collection can inspire us to even more radical awareness of how we need to change our way of living, so that ‘all may simply live’,” stated Sr Suzanne Ryder rsm, Western Province, in a recent article. 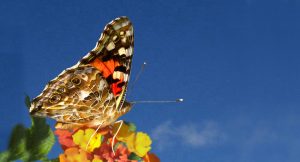 The book includes projects like An Gáirdín (The Garden), where environmentally friendly living is practised, and different skills, such as the preservation of biodiversity and carbon neutral building, are taught.

It also tells of the work done in primary schools in Co Mayo under the auspices of An Fóidín Glas (The Green Sod).

Mercy involvement in Rural Development began a long time ago and Maureen Lally has had huge influence on farm communities of the West of Ireland.

The book also covers how the sisters of the Western Province support different causes which raise awareness on issues such as fracking. There are stories of holistic projects such as the Peace Garden in Mullaghmore; how Hope House encourages its clientele to work in their garden as they return to a healthier way of life; and the Galilee Community near Boyle, where prayer is shared in a natural setting.

All these efforts are shared far and wide thanks to Global Action for the Mercy International Association, Baggot Street, Dublin which has shared an online version of the book with the wider Mercy world. The chalkface experiences of creating sustainable communities in Africa is also being communicated to the United Nations via the Mercy Global Action office there.