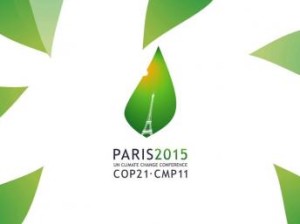 The climate deal agreed by 195 countries at the UN talks in Paris on Saturday has been broadly welcomed as a historic breakthrough in the battle to stem climate change.

However, Irish development agency Trócaire has cautioned that the deal should be regarded as a road map for urgent action as opposed to a definitive solution to protect people from the worst impacts of climate change.

The four key elements of the deal are:

1 – A long-term goal to limit the increase in global average temperatures or global warming to “well below 1.5°C above pre-industrial levels” as this would significantly reduce the risks and impacts of climate change.

2 – National pledges to cut greenhouse gas emissions in the 2020s

3 – A plan to make countries pledge deeper emissions cuts in the future, improving their plans every five years.

4 – Rich nations to provide funding to poorer ones of up to $100bn a year until 2025, and more thereafter, to help with the costs of going green, and the costs of coping with the effects of climate change.

Welcoming the fact that political leaders from 195 countries have for the first time agreed a climate deal, Trócaire said that the eventual success of the Paris Agreement will be determined by future action to build on its foundation.

“The agreement represents a welcome milestone in uniting the world against climate change,” the agency said in a statement on Saturday.

However, according to Trócaire the deal contains significant weaknesses and must be built upon through urgent action from all sectors to protect the most vulnerable.

The absence of human rights at the heart of the agreement highlights the fact that the global political system is still not putting the needs of the world’s poorest people at the heart of its actions, Trócaire criticised.

Speaking from the UN Climate Summit in Paris, Trócaire’s Head of Policy, Lorna Gold said, “The fact that the whole world has agreed to united action on climate change for the first time is hugely significant. The Paris Agreement marks a key shift from whether collective action is necessary, to what type of action is necessary and how it must be delivered.”

“This deal leaves us a long way from preventing the worst impacts of climate change for the most vulnerable but does increase political momentum on the issue. The deal is far from perfect, but it has the potential to set governments on a determined path.”

She said the deal was the result of the growing public demand for governments all over the world to take action on climate change.

“Governments knew they couldn’t return home without an agreement. This Summit has highlighted the fact that politicians are lagging behind people on the desire for climate action and they need to catch-up,” she suggested.

“No stroke of a pen can solve this urgent and growing crisis. This deal can set the right conditions and clear the path for even greater effort by everyone over the coming years. Public pressure must continue from all sides and everyone. Each of us has the opportunity to get on board and make positive changes.”

Commenting on terms of the agreement, Lorna Gold said that there are positive starting points, including a focus on providing financial support to developing countries impacted by climate change.

However, the absence of human rights protections from the heart of the text and an ambiguous long-term goal means it is still unclear whether we have a strong solution based on climate justice.

“Climate change is one of the major drivers of poverty and hunger in the developing world. Protecting people experiencing hunger or poverty as a result of drought or storms has to be the fundamental purpose of any global agreement, so it is very disappointing that the agreement fails to refer to the need to protect human rights. Real climate justice means enshrining the rights of the most vulnerable at the heart of our actions.”

“Given the huge number of people facing hunger and lack of access to sufficient and nutritious food in developing countries, the Agreement does not place enough emphasis on the key issue of protecting food security. However, it does recognise that food production is threatened by the adverse impacts of climate change.”

“The reference to limiting global warming to 1.5 degrees Celsius is the headline announcement but the process to make that a reality is still lacking.”

“To achieve this, politicians needed to definitively signal the beginning of the end of the fossil fuel era by 2050. It’s important to have ambitious targets but even more important is the policy ambition to actually achieve them. The new review process in the agreement is a start but this needs to be backed up by regular increased.”

Lorna Gold also said that the Irish Government has much work to do to set Ireland on the right path towards meeting EU emission reduction targets and playing a positive role in the global efforts to protect people from climate change.

“Governments all over the world, including Ireland, now have to take urgent concrete steps to reduce emissions across all sectors. The Dáil recently passed Ireland’s first climate legislation.”

“Under the terms of the new legislation, which was signed into law this week, the national action plan does not have to be produced until 2017 but that is far too late. We need the action plan in 2016 to give Ireland the best chance of meeting its 2020 targets and build on the global political momentum that Paris has delivered.”