Week of Prayer for Christian Unity 2015 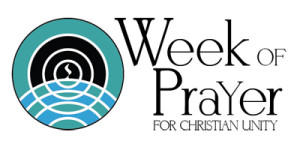 The Dublin Council of Churches has announced a range of events taking place in celebration of the Week of Prayer for Christian Unity, which commences this Sunday 18 January.

Congregations of the Roman Catholic, Anglican, Methodist, Quaker, Presbyterian, and Nazarene Churches will join together at various ecumenical projects in the Dublin region.

This theme is considered for the purpose of respecting diversity and promoting dialogue as a permanent path of reconciliation and peace in fidelity to the Gospel.

A televised service to mark the commencement of the Week will be broadcast by RTÉ on Sunday morning, 18 January.

The service will be led by Rev Dr Donald Watts, President of the Irish Council of Churches, with input from Archbishop Diarmuid Martin and Archbishop Michael Jackson as well as Rev Peter Murray, President of the Methodist Church in Ireland and the Very Rev Dr Trevor Morrow, a former Moderator of the Presbyterian Church.

The programme will air on RTÉ One Television at 11:10am and on RTÉ Radio One LW 252 at 11:45am.  It will also be live online at www.rte.ie/player/live

The official inaugural ceremony with Church leaders from various denominations will then take place on Sunday afternoon at 3pm in St Bartholomew’s Church, Clyde Road, Dublin 4.

The celebrant will be Fr Damian McNeice, Chairperson of the Dublin Council of Churches.

A Church Unity Week service will also take place in the Church of Sts Mary & Peter, Arklow, Co Wicklow on Sunday at 3pm. The sermon will be preached by Rev Rosemary Lindsay (Methodist Church).

A wide range of ecumenical events have been prepared for the Week, including music recitals, Taizé prayers, Eucharistic Sacraments, and a Walk of Light.

Morning services in Wicklow on Sunday 25 January are organised by the Church of Ireland, Catholic, Methodist and Nazarene Churches.

Events conclude on Friday 30 January with an ecumenical service at St John the Baptist Church in Clontarf, Dublin 9.

Additional information and resources are available below:

A complete schedule of the events taking place in the Dublin region is available to view at www.dublindiocese.ie

Further resources for the Week of Prayer for Christian Unity are available to download from the CTBI (Churches Together in Britain and Ireland) website at www.ctbi.org