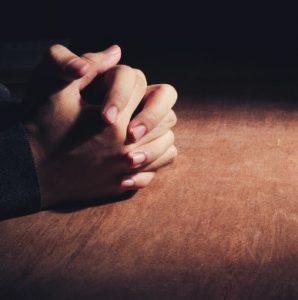 In the run-up to the Week of Prayer for Christian Unity, an Irish sister has underlined how ‘Guided Prayer’ weeks are ecumenical events.

Sr Eibhlis Ni Uaithuas from the Office for Evangelisation and Ecumenism has been organising Weeks of Guided Prayer for parishes in the Archdiocese of Dublin since 2012. About 20 parishes avail of this service each year.

Typically, Sr Eibhlis and a group of trained Prayer Guides will spend a week in a parish. On Sunday night they meet with all those who are interested in doing the Week of Guided Prayer.

Christians from other churches in the area are also invited to take part in the week. On the Sunday night, the Prayer Guides explain, after an opening prayer, how to pray with scripture. Then each person is assigned a Prayer Guide. He or she will meet with this person one-on-one for half an hour each day from Monday to Friday. “Out of the conversation with the Prayer Guide comes the meditation for the following day’s reflection”, Sr Eibhlis told CatholicIreland.net.

The Week of Guided Prayer is a way of making a mini retreat in the midst of daily living and rooted in Ignatian spirituality. Those who take part (ideally Christians of more than one denomination) are invited to do two things every day for the week: firstly, to meet with their ‘Prayer Guide’ or ‘soul friend’ at an agreed time every day for 30 minutes, and secondly, to spend half an hour in personal prayer by taking some quiet time each day on their own at home.

“People really love it. They discover that scripture can speak to them”, said Sr Eibhlis. “It takes them where they are and brings them to a different place.” The Guided Prayer weeks are open to everyone. “One person who hadn’t been going to Mass or praying just came along after he saw an advertisement,” she recalled.

The Office of Evangelisation and Ecumenism has around 70 voluntary Prayer Guides, most of whom have been trained through the Manresa Spiritual Direction programme. They are lay men and women, religious sisters, brothers and priests who are trained and experienced to support people in their prayer life.

On the Saturday at the end of the Week of Guided Prayer, the participants assemble once again for a closing prayer session and evaluation. “It reminds me of the parable of the loaves and fishes,” says Sr Eibhlis, “so nothing gets lost”. 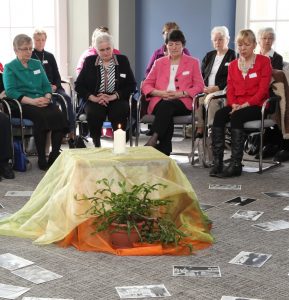 Impressions published on the Dublin archdiocese website bear witness to the strong positive effects the ‘mini retreat’ has on participants, some of whom describe it as ‘transformational’: “I found the experience of the week very rewarding. The readings became alive and I felt that I learned to pray them not just read them.”

“I never knew that the gospel could speak to my life.”

“I really enjoyed my time with my prayer guide. I looked forward to it every day.”

“I am going to continue taking time for myself to pray every day because it has helped me.”

Sr Eibhlis, who is also involved in the Ecumenical Bible Week, sees the Week of Guided Prayer as a means of ecumenical engagement. “We encourage parishes offering the Week to include their local Church of Ireland, Methodist and Presbyterian groups.” The parish of Kilcullen will run their Week of Guided Prayer from Sun 29 January to Saturday 4 February 2017.