War on drugs has too high a death toll, say Filipino bishops 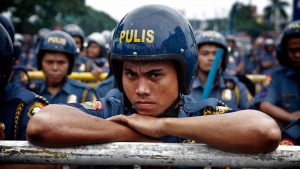 Bishops in the Philippines have expressed serious concerns about the government’s ‘war on drugs’, which saw 81 people killed in police actions in the space of four days.

More than 3,500 people have been killed in police actions in the 14 months since President Rodrigo Duterte took power 14 months ago, following an election campaign where he promised to kill tens of thousands of criminals.

The police say the deaths result from officers acting out of self-defence, but Bishop Jose Oliveros of Malolas says that most are drug-related extrajudicial killings. Last Tuesday in the Bulacan province, which comprises most of the Malolas Diocese, 32 people were killed during simultaneous police raids.

“We do not know the motivation of the police, why they had to do the killings in one day, maybe to impress the President who wanted more,” said Bishop Oliveros. 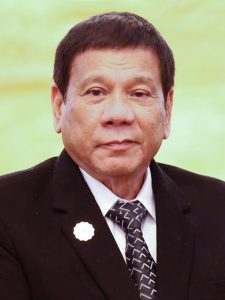 Bishop Pablo Virgilio David of Calookan has likened the situation to that suffered by the Filipino people during the dictatorship of President Ferdinand Marcos, which ran from 1972 to 1981. At that time, the Bishop said, ‘communist’ was “a convenient label and justification” for abductions and killings; now it is ‘drug suspects’. He said: “I don’t know of any law in any civilized society that says a person deserves to die because he or she is ‘a drug suspect’.”

And Bishop David gave Filipinos this chilling warning: “You might be surprised to find your name in the list one of these days. Anyone can be listed as ‘a drug suspect’.”

This is the second time in less than a month that Catholic bishops in the Philippines have expressed concern about their new head of state.

Last month Bishop Arturo Bastes of Sorsogon said President Duterte was “out of his mind” after he announced plans to abolish the country’s Commission on Human Rights. Bishop Bastes said: “His desire to abolish CHR is a sign that he has the dangerous tendency to be a dictator. Heavens forbid!”