There are 9,000 Christian denominations across the world.

Every time there is a new denomination it is “because there has been some kind of conflict, some kind of falling out, some dispute and brothers and sisters have been unable to dwell together in harmony,” Methodist Minister, Rev Stephen Taylor, told a gathering for the Week of Prayer for Christian Unity at a Carmelite Monastery earlier this week.

Stressing that unity lay in Jesus Christ, Rev Taylor said the only way of breaking down conflict was “to cross the boundary, to walk across the road and take another by the hand and say: ‘I’d like to get to know you; I’d like to understand how you think.’”

“Our identity is not just with those around us,” said Rev Taylor.

“Our identity is with He who is within us. It is Christ dwelling in us that is the hope of glory. This provides the greatest incentive there is for us to be united.”

Rev Taylor from the Dundrum Methodist Church is one of five speakers at the Evening Prayer at 4.30pm at the Carmelite Monastery of St Joseph in Kilmacud Dublin this week. 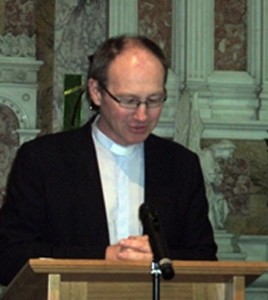 Beginning on Monday 18 January, every evening the Sisters have hosted a Week of Prayer reflection at the monastery. The sisters have done this for the last twenty years.  “We are inspired by the prayer of Jesus the night before he died – ‘that they may all be one’,” Sr M Fionnuala told CatholicIreland.   “The last will of someone is very important. Christians should heed the last desires of the heart of Jesus and strive for unity.”

On three days – Monday, Wednesday and today Friday, a Sister from the community has lead the reflection.  Usually between twenty and forty members of the public attend the daily reflection.

Rev Taylor addressed the gathering on Tuesday, while yesterday Church of Ireland minister, Rev Gillian Wharton from the parish of Booterstown and Carysfort was the speaker.

On Saturday, Rev Ian Gallagher from the Church of Ireland will speak while on Sunday local Catholic priest, Fr Tony Coote, will give the reflection.

The week of prayer will end with an address from Dominican Sr Mary O’Driscoll from Cabra.

The 2016 material was prepared for worldwide use by the Christians of Latvia, a country which describes itself as a “crossroads where Roman Catholic, Protestant and Orthodox regions meet” but where “no single denomination is dominant”. 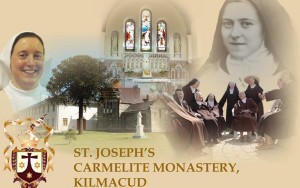 Gathered together by the Archbishop of Rīga, members of a variety of church communities and projects in Latvia reflected on the chosen theme and the experience of their work.

Each day has been prepared by one of the Church communities.

A novelty this year is a Twitter wall where Christians can show their support for the week by posting “unity messages” and details of their own events. The hashtag #wpcuwall hashtag.