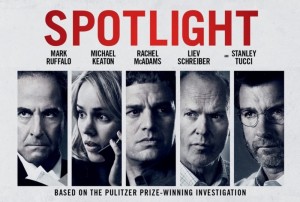 There are clear parallels between the child abuse depicted in the award winning film Spotlight in Boston and what occurred in Ireland, according to the Archbishop of Dublin, Dr Diarmuid Martin.

“The same unwillingness to address the problems emerged. The same situation in which defending the Church, looking after the priest took precedence over the child,” Archbishop Martin told Marian Finnucane on RTE 1 radio.

Spotlight, tells the true story of the investigation by the Boston Globe’s Spotlight team, into clerical child sexual abuse in the Boston area in 2002.

The paper published 13 reports about the crimes and their cover-up from June to December 2002 leading to the resignation of Cardinal Law as archbishop of Boston in December 2002.

It went on general release in Ireland at the end of January.

Dr Martin said a survivor of sexual abuse once told him, “You know this thing is like having a hand grenade in your heart. You are doing great and then suddenly it goes off – something happens, something turns up.”

Survivors are going to have that experience watching Spotlight, said the Archbishop, “The whole thing is going to come back into their lives again and its very important that counselling services are available.”

He said media outlets should have notices advising people upset by the subject matter of the movie, of where they can get help.

Much progress had been made in Dublin relating to clerical child abuse, he said, but nonetheless one abuser had slipped through the net.

“That frightens me because the sexual abuser was active in my diocese when I was archbishop and it wasn’t seen, it wasn’t discovered and it was appalling abuse as well,” he said.

They reported the man to the Gardaí and he has already been sentenced to over seven years for his first offence.

“So you can imagine how horrendous that was. That particular survivor was a very nice person. He’s a very talented young man,” he added.

The lay people working as child protection representatives can’t be tempted when nothing happens in their parishes over a number of years to say, “Look let’s stand back.”

“We can’t afford to do that. We should also be looking at other instances  of child sexual abuse right across society because medical research would say that paedophilia is a constant in society. So if they [paedophiles] feel the Catholic Church is not a safe place for them, they [may] naturally drift somewhere else and we have to look at all of this.”

Archbishop Martin said that everybody has a responsibility to intervene if there is a “feeling that the lives of children are at risk”.

Spotlight has been nominated for 6 Oscars and 3 Baftas, both including best film.

It has already received several awards, including two from the World Catholic Association for Communication, Signis where it was awarded the Brian and Silver Mouse awards at the Venice festival in September 2015.

Vatican Radio has said that in this film the Globe reporters “made themselves examples of their most pure vocation, that of finding the facts, verifying sources, and making themselves — for the good of the community and of a city — paladins (heroic knights) of the need for justice.”