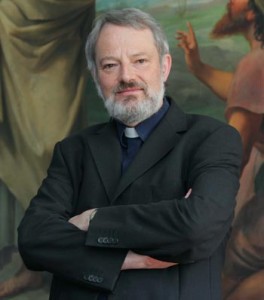 Past experience should have taught us that what candidates say before an election may not always be the same as what they do once they have been elected, Bishop Kevin Doran, Elphin Diocese, has stated in a pastoral message in advance of the elections this week.

“It is not enough to read the slogans,” he warned.

He suggested that candidates should be judged on their track record and that of their party on issues including: the right to life; the care of the sick and elderly; the education of children; the integrity of the family, the right of parents as primary educators and the right to have a home; and proper care of asylum seekers.

“Since these are core Christian values, it does not make any sense for Christians to vote for candidates or parties whose policies are at odds with those values,” he stated.

On the referendum to remove the constitutional requirement for a four-year waiting time between the separation of a married couple and their eligibility for civil divorce he said: “The Church understands marriage to be a life-long commitment, which contributes very significantly to the stability of society.”

He added that through human frailty or difficult personal and economic circumstances, marriages can fail and the original intention of the waiting time was to give couples space to seek a resolution to their difficulties rather than divorcing “at the first sign of trouble”.

“I think Catholic voters, like everyone else, must now consider whether the proposed Constitutional change might have the effect of further weakening the social commitment to marriage,” he stated.

He also posed the question as to whether society is living up to its responsibility to prioritise the family and to provide the human supports that might help couples to resolve difficulties that arise in their relationship, before their differences become irreconcilable.

He concluded his pastoral message by asking for guidance from the Holy Spirit for everyone.

“May the same Spirit, the Spirit of Truth, guide all who seek political office, so that together we can build a society which responds not simply to the good of the majority but to the good of each and of all, which is the common good.”