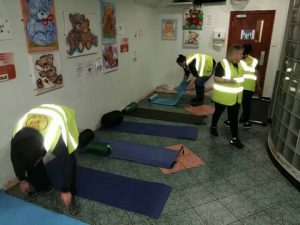 Br Kevin Crowley has criticised the government for failing to plan adequately for homeless people in advance of Storm Ophelia.

On RTE News, Br Kevin, the founder of the Capuchin Day Centre, said, “I heard every organisation talking about what was happening, what was being done in preparation for the storm, but nobody spoke about what was going to happen for the homeless people.”

With the help of volunteers and several homeless charities the Capuchin Day Centre stayed open for the duration of the storm and offered extra 120 beds for rough sleepers. The Dublin Region Housing Executive (DRHE) provided sleeping bags to facilitate this.

Speaking to RTÉ News, Br Kevin said, “There wasn’t one word of anything being done for the homeless people and that really saddens me – it shows that the government doesn’t really care, that there was nothing put into action to help the people until the last moment.”

However Minister for Housing, Eoghan Murphy, rejected the criticism, which also came from other NGOs and politicians. In a statement issued on the day of the storm (16th October 2017), he thanked Local Authorities, Dublin City Council, the Dublin Regional Homeless Executive (DRHE), and “all the voluntary organisations, who worked tirelessly over the last number of days, and especially throughout today (16th October), to ensure that all homeless persons had the option of shelter during Storm Ophelia.” He also thanked citizens who helped direct and get those sleeping rough into safe, secure shelter. 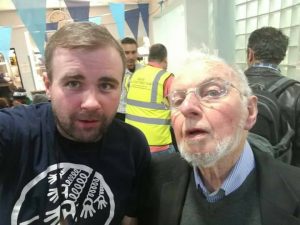 Inner City Helping Homeless (ICHI) had also complained on the day before the storm that at the emergency planning meeting “there was no mention of the homeless who sleep on streets across the country every single night.” In a statement ICHI added, “We are still requesting a meeting with NGOs and the DRHE tomorrow morning (16th October) and hope that action plans are in place for the homeless in other parts of the country, particularly the areas that are expected to be hit the worst by the storm.”

A statement was issued on 16th October by DRHE, (provided by Dublin City Council as the lead local authority in response to homelessness across Dublin City and County), and it listed the extra accommodation and services to shelter homeless people stating, “We have been working with our partners in homeless services to coordinate a joint response to this unprecedented event.”

DRHE explained that all the main service providers would keep accommodation open for the 24 hour storm period, including communal spaces for supplementary shelter. Its emergency placement service remained open to provide information and assistance and the Freephone service opened early.

The Peter McVerry Trust stated that 368 people were placed in emergency accommodation.

Other NGOs, and Catholic and other church and religious organisations also offered shelter. The Islamic Cultural Centre of Ireland, Dublin, issued a statement that it was opening its doors to “neighbours in need” during hurricane Ophelia and its large events hall was opened to the homeless for 24 hours with hot tea, coffee, and snacks provided.

As well as working in Dublin, Focus Ireland also worked in Cork, Sligo, Waterford and Limerick, where staff were in regular contact with relevant local authorities to ensure resources were coordinated, and that no-one was put at risk during the potentially life-threatening storm.

The Peter McVerry Trust also offered services outside of Dublin, in particular in Kildare through its Newbridge service and Athy Family Hub which were designated safe spaces for rough sleepers in the county. The organisation also coordinated efforts with local groups at Kildare County Council.