VoF question if Vatican is serious about women in leadership roles 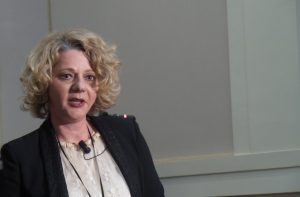 An international group which campaigns for greater recognition of women’s expertise, skills and gifts within the Church has urged the Vatican to adopt a more transparent and open appointments process for the Roman Curia.

In a statement, Voices of Faith said it supported Pope Francis’ and top Vatican officials’ comments on the need to bring more lay women into top leadership positions in the Curia.

However, Voices of Faith has said it is concerned about the apparent difficulties and lack of transparency in regard to how women are chosen and the process undertaken to appoint them.

The group has called on Pope Francis and leaders of curial departments to adopt sustainable human resource policies, “rather than continue placing single handpicked women” into what they describe as “a reportedly hostile environment”.

Voices of Faith has proposed three steps which the group argues will bring about just workplace policies and will bring more women, with their diverse life experiences, into meaningful positions of leadership.

The first proposal seeks open, merit-based and transparent hiring practices. “We call on the Vatican to publicly announce any vacancies, openly list required qualifications for vacant positions and implement transparent selection and hiring policies,” the group has urged.

The second proposal relates to workplace gender equality policy. Voices of Faith call on the Vatican to design and implement policies and procedures that safeguard equal opportunities and remove barriers for women employed at the Vatican. Such policies should include anti-discrimination training for all Vatican employees, VoF suggests.

The third proposal focuses on monitoring and evaluation. Voices of Faith want the Vatican to measure progress towards a more inclusive Curia through a regular evaluation of key indicators and they are calling for the results to be made public.

“We believe that the efforts of Pope Francis and other top Vatican officials [to bring more women into the Curia] will only have the necessary credibility and impact if a top-level official is named and given the necessary authority to lead, monitor and report on progress of this process.”

They refer to Pope Francis’ interview with Reuters on 17 June 2018, in which the Pontiff is reported to have said, “I don’t have any problem naming a woman as the head of a dicastery.”

At the same time, the Pope talks about difficulties in finding the right candidates and convincing curial officials to accept women for leadership positions.

The Prefect of the Dicastery of Laity, Family and Life, Cardinal Kevin Farrell, has said in his interview with Intercom magazine that the Vatican is “overloaded with clerics” and that “administrative functions within the church can be done by anybody” including laity.

“Voices of Faith seeks to support Pope Francis and top Vatican officials with well-proven solutions that are working for business, government and other major institutional organisations. We appeal to Pope Francis to mandate swiftly a set of human resource policies that are shown to jumpstart change, facilitate transparency and ensure accountability in this crucial process of renewal at the heart of the Catholic Church,” the group has said.

According to Chantal Goetz, managing director of the Voices of Faith movement, “At the core of the ‘difficulties’ stated by our Holy Father are a lack of due process and support and training for women in these major institutions. While our network is heartened to hear that women are finally able to be considered for important positions within the Curia we know there is much to be done in order to get it right.”

“We are hopeful about recent first ever appointments of women as consultors of the Congregation of the Doctrine of Faith or as under-secretaries in the Dicastery of Laity, Family and Life. However, together with Pope Francis, we are concerned and need understanding on the difficulties with the process, the very slow path of change and the environments that these women are part of which have a male dominated influence.”

Speaking to Catholicireland.net, Chantal Goetz said, “There are many possible opportunities where women could be appointed or hired to high ranking leadership positions – such as heading a Dicastery or Council – as this is where the decisions are taken. It just needs to be done. Actions or implementations are now expected if the Vatican is serious about women in leadership positions.”

Asked what areas she thought women could make the most significant contribution in, Ms Goetz responded, “Women can make contributions in all areas of the Vatican. I would warn from focusing on the so-called ‘women’s issues’ such as family or charitable service. This is the 21st century, there are women who are top experts in virtually every field. If the Vatican says that it cannot find qualified women, then it is high time to rethink their (nonexistent) human resources system.”