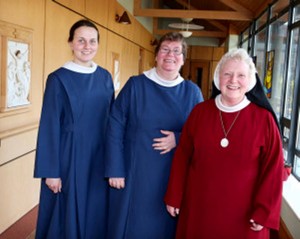 The Year of Consecrated Life, which begins in November, will give the universal Church a “platform to preach and celebrate” consecrated life, according to Vocations Ireland.

Currently vocations to religious life are running at around twenty each year, the Director of Vocations Ireland, Anne Marie Gallagher told CatholicIreland.net

The Year of Consecrated Life starts on 21 November, a special day of prayer dedicated for those living the religious life.

Vocations to religious life peaked in the early 1960s. At that time, around 30,000 men and women religious lived in 2,000 communities on the island of Ireland.

Anne Marie Gallagher says that among the orders attracting vocations in recent years have been the Dominicans, the Redemptoristines (sisters), the Benedictines at Glenstal, the Little Sisters of the Poor, the Cistercians, the Franciscans, the Mercy Sisters, the Pallotines, the Passionists, the Carmelites, the Poor Clares, the Missionaries of the Sacred Heart, the Sisters of St Clare, the Jesuits the Franciscan Missionaries of Mary and the Dominican Sisters.

“We find that what young people are looking for in religious life is a strong sense of community, prayer, Eucharist and a strong identity – for examples the Dominicans with their charism of preaching, or the Poor Clares with prayer.”

When vocations were plentiful orders and societies sometimes vied with each other to win the hearts of those who felt a call from God.

Nowadays the emphasis is on discernment, says Anne Marie, through programmes like Explore A Way in which religious congregations and societies work together to help a person discover God’s plan.

Six people did the recent Explore A Way course which ended in April 2014.

By then one man had decided to join the Missionaries of the Sacred Heart. Others have “progressed conversations” with other orders, Fr Alan Neville MSC, one of its organisers, told CatholicIreland.net

They advise participants to take time to think.

Discernment has to happen on both sides – by the order and by the individual. Religious orders have to establish if a person is suited to their order. Have they the talents, the gifts, the stamina and the health needed to correspond to the charism and to be happy? 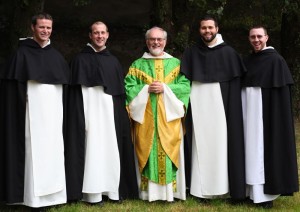 “Life is different now to what it was years ago,” says Sr Gabrielle Farrell OLA.

“People want to experience more. There are fewer religious and being a religious sister or priest is not simple. We encourage people to take at least two years to decide.”

At its summer general meeting, the Irish bishops welcomed the Year of Consecrated Life and discussed the value of vocations to the life of the Church today and for her future.

They also offered their blessings to the fifteen men ordained as transitional deacons in Maynooth on 1 June.

The Year of Consecrated Life begins in November, coinciding with the 50th anniversary of the promulgation of Lumen gentium which has a specific chapter dealing with consecrated life.

The anniversary of the Council’s decree Perfectae caritatis, will be the occasion of the close of the Year, in November 2015.

“Consecrated men and women are aware that besides recounting the great stories they have written in the past, they are called to write a no-less-beautiful and great story in the future,” said Cardinal Joao Braz de Aviz, prefect of the Congregation for Institutes of Consecrated Life and Societies of Apostolic Life, when the Year of Consecrated Life was announced.