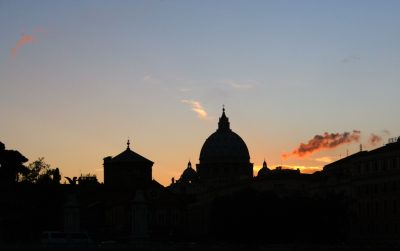 New guidance on the moral acceptability of hysterectomies has been issued by the Congregation for the Doctrine of the Faith (CDF) in Rome.

The surgical procedure is an operation that removes all or part of a woman’s uterus.

When used to deliberately sterilise a woman, the procedure has been contrary to Catholic teaching. In recent years Church teaching on hysterectomies has become more nuanced and more clearly articulated.

In 1993, for example, the CDF issued a series of responses to questions that made it clear that hysterectomy and tubal ligation, or uterine isolation, were not morally licit when used as direct methods of sterilisation; but that they were morally licit when there is a grave and present danger to the life of the mother if the procedures were not carried out.

This is in line with the 1968 encyclical Humanae Vitae, which says: “The Church does not consider at all illicit the use of those therapeutic means necessary to cure bodily diseases, even if a foreseeable impediment to procreation should result therefrom”. This is a situation of double effect, where the primary aim is to protect the life of the mother and sterilisation is an unavoidable consequence of that.

In the CDF’s latest set of responses to questions on the issue the Vatican has looked at situations where a woman’s reproductive organs are incapable of bringing a pregnancy to full term. Here, hysterectomies are not being carried out to protect life, but they are morally licit says the CDF “because they regard situations in which procreation is no longer possible removing a reproductive organ incapable of bringing a pregnancy to term should not therefore be qualified as direct sterilisation”.

The clarification was approved by Pope Francis in an audience granted to the Prefect of the CDF, Cardinal Luis Ladaria SJ, last month, and published in Rome last Thursday

It will be interesting to see if the clarification has an impact on other areas of Church teaching on reproductive issues.