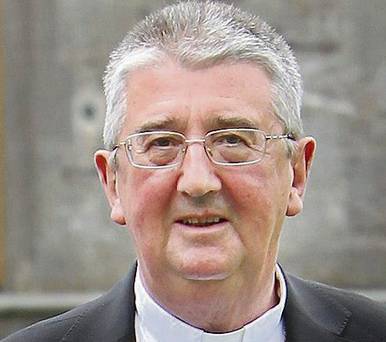 The Church’s teaching on marriage and the family is poorly understood and disconnected from the real life experience of families according to Catholics in archdiocese of Dublin who responded to the Vatican survey.

The consultation was carried out in dioceses across the world in preparation for the forthcoming Synod of Bishops in Rome in October.

Speaking to priests and the members of parish councils in one Dublin deanery in Clonliffe College on Thursday evening, Archbishop Diarmuid Martin revealed that the feedback on family planning, pre-marital cohabitation, the problems of the divorced and re-married, same sex relationships, was similar to that which emerged in other European cities.

The Archbishop said the answers did not come as a surprise. “What should surprise us is the fact that we have not been developing a strong pastoral response to these questions over the years.”

He added, “We should not have had to wait for a questionnaire from Pope Francis to address these questions.”

The leader of the Church in Dublin explained that many respondents said that the Church’s teaching appears “not practical in relation to people’s day-to-day struggles, being at best an unrealistic ideal.”

“There appears to be a ‘theory-practice’ gap,” they had conveyed.

One reply noted: “A lot of preaching and teaching does not relate to everyday life; it is above the head of struggling and hurt people.”

Another replied: “Church teaching often appears theoretical and remote from an understanding of the real lived experience of couples”.

“The strong pattern in the responses was that there should be an attitude of openness and compassion, outreach and welcome to these people, with less judgment and more listening to their experience,” Archbishop Martin said.

The survey respondents also stressed that children should never be victimised in such situations and that if parents wished their children to have a religious education they should be welcomed in love.

Regarding same-sex relations some saw the Church’s position “as being purely negative and judgemental.”

While many respondents felt that there should be some way of civilly recognising stable same-sex unions, “there was a clear hesitancy, uneasiness and opposition with regard to marriage for same sex unions”.

In his talk in Clonliffe, the Archbishop said what interested him was what was said about the Church’s pastoral care of marriage and the family and what should be done in parishes.

“Many of the replies noted that there is little attempt at explaining the teaching. One person responded: ‘I’ve been a Mass-goer all my life, I am now 51 years, I have never heard a sermon on family’.”

It was generally thought that there is very little, if any, formation on church teaching. Education was described as ‘inadequate’, taking place mainly at Mass (if at all).

There were a great many references to marriage preparation courses, generally with positive affirmation of their value. But there were also references to the need for ongoing formation after marriage which practically does not exist.

People spoke of giving more prominence to marriage and the family at Sunday liturgy, especially at family Masses. The tone should be that of affirmation and encouragement for families.

“The most frequent comments were around strengthening the quality of the environment in the home. Even in the changing culture around marriage and the family, there are values in the Christian teaching which are vital and must be fostered: loving care, kindness, forgiveness, security, unconditional love, and an environment where people can grow and flourish.”

“Many stressed that where there is love, there is God. There are references to parents giving example, to the importance of the parents’ own relationship, and to prayer and sacraments,” the Archbishop explained.

“This has to take place within an overall context in which love was often rendered banal and where fidelity was looked on as hardly possible. Many families were weakened by domestic violence, infidelity, neglect, abuse and severe economic difficulties. It was stressed that many families found no time to be together; there was too much busy-ness.”

On the other hand, people spoke of the power of example; of love, unity, spending time together, prayer together, being at Mass together, being at the family mass with other families, living their faith, showing solidarity. Many mentioned the importance of being involved in the parish.

A great deal of appreciation was expressed that the consultation was taking place.

The Archbishop told the gathering of priests and laity that he had focused on the family and marriage in his address because “the family is vital for the future of the Church and of society” and because “married lay men and women can play a vital role in this area.”

“Marriage is not just a personal blessing for a man and his wife. Marriage is a sacrament – like all sacraments – given for the building up of the Church,” he said.

The Archbishop said pastoral programmes should be looking at the real life situation, attempting to arrive at a realistic yet balanced but also hope-filled understanding of what is happening and what is at stake.

“Our pastoral planning should not get bogged down in the mechanics of consultation and just in structures. We should not become an inward-looking Church, possessed by our problems, but one which draws strength from the person of Jesus Christ and our conviction that his message is vital for the society we live in.”

Archbishop Martin is the first Irish bishop to reveal any information about the feedback to the questionnaire and the responses he cited were obtained from respondents in the archdiocese of Dublin.

The survey was ordered by Pope Francis ahead of next October’s Extraordinary General Assembly of the Synod of Bishops which will discuss the challenges to family life today.

The hierarchies in Germany, Switzerland, Netherlands, England and Wales as well as Japan have all begun publishing the findings of the survey over the past few weeks.