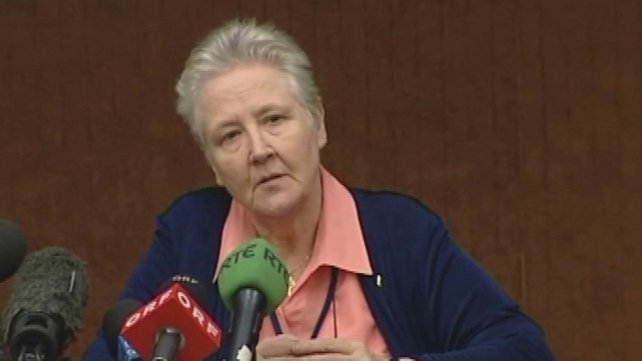 Archbishop Diarmuid Martin of Dublin has extended his “warmest congratulations” to clerical abuse survivor, Marie Collins, on her appointment by Pope Francis to the Pontifical Council for the Protection of Minors.

In a statement issued on Saturday afternoon, the Primate of Ireland said the Commission would “benefit greatly from her commitment to ensuring that the highest standards of child protection will exist in the Catholic Church around the world.”

Describing Marie Collins as “a person of great integrity and determination”, the Archbishop continued, “I am grateful to her for accepting the appointment, knowing that over the years she had many reasons to have felt frustrated and disappointment by the failings and the slowness of the Catholic Church in Ireland in addressing child safeguarding concerns. In the face of such frustrations she never gave in.”

He added, “Her voice has continued to be that of someone who is not afraid to speak the truth and call leadership in the Church to responsibility.”

“Her contribution to the work of child protection in the Archdiocese of Dublin has been crucial and her advice and critical comment have been of invaluable help and inspiration to me personally,” Archbishop Martin said.

On Saturday morning, Pope Francis named Marie Collins as a member of the Vatican’s new commission, along with seven other members.

The selection of Mrs Collins is being interpreted as signalling the Vatican’s resolve to confront the issue and put survivors of clerical abuse to the fore of its efforts.

The Pope named three clergy and five laity from eight different countries, including four women, on the panel. Seven are either European or from the US.

Announcing the appointments, Vatican spokesman, Fr Frederico Lombardi said the appointments reflect the late Pope John Paul II’s statement that “there is no place in the priesthood or religious life for those who would abuse the young.”

In December, the Vatican said it would up a special committee to improve measures to protect children against sexual abuse within the Catholic Church.

The commission was revealed by Cardinal Sean Patrick O’Malley of Boston and he was named today as a member of the panel.

These first eight members will be responsible for rounding out the “commission for safeguarding minors” with other experts from around the world and defining the scope of the group’s action.

“Pope Francis has made clear that the Church must hold the protection of minors amongst her highest priorities,” Fr Lombardi said in a statement on Saturday.

“Looking to the future without forgetting the past, the Commission will take a multi-pronged approach to promoting youth protection,” he added.

These will include taking criminal action against offenders, educating people about the exploitation of children, developing best practices to better screen priests, and defining the civil and clerical duties within the Church, the Vatican spokesman explained.

In February 2012, Marie Collins was the opening speaker at a four-day symposium ‘Toward Healing and Renewal’ on child sexual abuse in the church held in Rome.

She addressed 100 bishops and 40 religious superiors on the issue and recalled her own experience as a 13-year-old child sick in a hospital and the abuse she suffered at the hands of a Dublin priest, and the subsequent cover-up by the institutional church.

That conference was organised by Fr Hans Zollner, a German Jesuit who is vice rector of Gregorian University and head of its Institute of Psychology.

Fr Zollner was also named by Pope Francis on Saturday as a member of the new Pontifical Commission for the Protection of Minors.

The other members announced today are:

Argentinean and Jesuit priest, Fr Humberto Miguel Yáñez, who was received by the future pope into the Jesuit order in 1975 and who studied under him at an Argentine Jesuit college. Today, Yáñez is head of the department of moral theology at the Gregorian University in Rome.

Baroness Sheila Hollins, a former president of the Royal College of Psychiatrists and current president of the British Medical Association, who is frequently consulted on child development issues in the UK.

Catherine Bonnet, a French child psychologist who has written widely on the effects of sexual abuse and exploitation on children.

Hanna Suchocka, a former prime minister of Poland and currently Poland’s ambassador to the Vatican.

Responding to the news of Marie Collins’s appointment, We Are Church Ireland said in a statement on Saturday that they welcomed the creation of the Pontifical Commission, especially the gender balance and the fact that the majority of the Commission were lay people.

On behalf of WACI, Brendan Butler said of Marie Collins, “Survivors of clerical sex abuse can rest assured that her contribution in this Commission will ensure that justice for them will be achieved  especially her determination that those responsible for the cover-up of clerical sex criminal abuse will be held accountable.”

He added, “We expect this Commission will enforce the highest standards for the protection of minors throughout the Catholic world.”