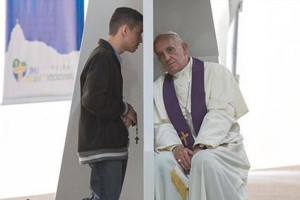 A new document released by the Vatican on Monday has reaffirmed the absolute inviolability of the Seal of Confession.

The ‘Note on the importance of the internal forum and the inviolability of the Sacramental Seal’ was released by the Apostolic Penitentiary.

It warns that priests can never be forced to reveal what they learn in the Sacrament of Reconciliation.

The document underlines that any political or legislative attempts to force priests to reveal what is said to them in the confessional is a violation of religious freedom and that priests should defend the Seal of Confession even to the point of shedding blood, both as an act of loyalty to the penitent and as a witness to the unique and universal salvation of Christ and the Church.

Any political or legislative pressure to override this sacramental seal, the Note states, would be “an unacceptable offence” against the Church’s freedom, which comes from God and not human institutions.

The document says the secrecy of confession is not an obligation imposed from the outside, but rather an intrinsic requirement of the sacrament and, as such, cannot be dissolved even by the penitent.

“The penitent does not speak to the confessor as a man, but to God, so to stake a claim to what rightfully belongs to God would be a sacrilege.”

“It concerns the defence of the sacrament itself, instituted by Christ to be a safe harbour of salvation for sinners. If trust in the seal were to be defrauded, the faithful would be discouraged to access the sacrament of reconciliation, which would obviously lead to serious damage to souls.”

In an interview with Vatican Radio, Cardinal Mauro Piacenza, Major Penitentiary of the Apostolic Penitentiary, said there is “an unjustifiable pretence that the Church should, in some manner, conform her juridical system to the civil laws of States where she operates … We must work with [the State], in everything that is not the sacramental forum.”

He said the aim of the Note is “to instil greater trust, especially in these times, in penitents who come to confess themselves … and ultimately to advance the cause of the sacrifice of Christ who came to take away the sins of the world.”

The Note states, “The inviolable secrecy of Confession derives directly from revealed divine law and is rooted in the very nature of the sacrament, to the point of admitting no exception in the ecclesial or, even less so, in the civil sphere. In the celebration of the Sacrament of Reconciliation, in fact, the very essence of Christianity itself and of the Church is encapsulated: the Son of God became man to save us, and He decided to involve the Church, as a “necessary instrument” in this work of salvation, and, in her, those whom He has chosen, called, and constituted as His ministers.”

Several states in Australia and in the US have been debating the introduction of laws to force priests to breach the confidentiality of the confessional if they are told about child sexual abuse.

Some believe such laws would assist civil authorities in their efforts to tackle child abuse, but the Vatican Note cautions that there is a “worrying negative prejudice against the Catholic Church”.