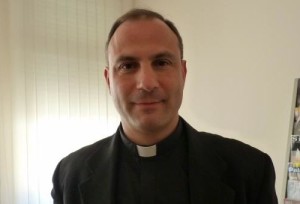 Amid the new soccer corruption scandal that has rocked the sports world, a Vatican official has called for different sectors of society to unite in encouraging sports that contribute authentically to bettering humanity.

“Is anyone surprised by this news?” asked Mgr Melchor Sanchez de Toca, undersecretary of the Pontifical Council for Culture and director of the council’s Culture and Sport Division.

“Every year around this time a new corruption scandal comes out in the world of sports, in soccer or the other sports,” he told CNA.

“Sports are troubled by great evils,” he added, emphasising the importance of different sectors of society helping to promote “clean soccer.”

On 27 May, Swiss police arrested a string of senior officials from FIFA (International Federation of Football Association), an organization that oversees soccer associations around the world.

Those arrested are accused of taking bribes and kickbacks from the media and sports marketing companies for more than $100 million, in return for media broadcast and advertising rights in connection with soccer tournaments in Latin America.

Following the arrests, FIFA president Joseph Blatter, who had newly been re-elected as head of the organisation, announced his resignation.

FIFA is based in Zurich and is governed by Swiss law. Swiss authorities acted at the request of the District Attorney of New York City, following a multi-year investigation by the United States.

Mgr Sanchez de Toca noted that there also have been other incidents of “corruption, victims of violence in the stands, athletes taking drugs, fixed games, the commercialisation of sports” and more.

The Vatican undersecretary emphasised that “(s)ports express what is most noble in humanity” but can also show “his degeneration.”

“I think it’s evident that the world of sports by itself is not capable of overcoming its problems but instead it needs to form alliances with different sectors of society,” he said.

He added as an example, “in Italy there’s a network of 7,000 parish-based teams that are genuine schools of clean soccer.”

Pope Francis has spoken repeatedly about the contribution of sports to society.

In a 7 May address to the Lazio Sports Club, he said that true sports “encourages the building of a more fraternal and supportive world, helping to overcome situations of injustice and social and human distress.”