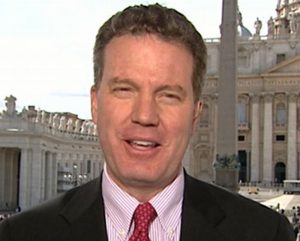 Greg Burke, director of communications of the Holy See

Victims of clerical child abuse should know that the Pope is on their side.

The comment was part of a Vatican statement issued in response to an interim report published by an investigating grand jury in Pennsylvania. The report found that 300 priests in six American dioceses had sexually abused some 1,000 children over a 30-year period.

The investigation found that Church authorities covered up abuse allegations, leaving perpetrators free to abuse again and again. It is believed that the final report of the investigating grand jury may find that more than 1,000 other children were sexually abused in the dioceses under investigation.

“The abuses described in the report are criminal and morally reprehensible,” said Greg Burke, the director of the Holy See press office. “Those acts were betrayals of trust that robbed survivors of their dignity and their faith. The Church must learn hard lessons from its past, and there should be accountability for both abusers and those who permitted abuse to occur.

“The Holy Father understands well how much these crimes can shake the faith and the spirt of believers and reiterates the call to make every effort to create a safe environment for minors and vulnerable adults in the Church and in all of society.

“Victims should know that the Pope is on their side. Those who have suffered are his priority, and the Church wants to listen to them to root out this tragic horror that destroys the lives of the innocent.”

“The Holy See encourages continued reform and vigilance at all levels of the Catholic Church, to help ensure the protection of minors and vulnerable adults from harm. The Holy See also wants to underscore the need to comply with the civil law, including mandatory child abuse reporting requirements,” he said.

However, Colm O’Gorman, the executive director of Amnesty International Ireland who founded the victims’ support group One in Four, said the Vatican should go further and compel church leaders in the United States to cooperate with the grand jury’s investigations. Several American church leaders have opted not to appear before the jury to answer questions.

Another Irish survivor of clerical sex abuse, Marie Collins, told RTE that the Vatican statement fell short of what was required, and that it should have included mention of the failure of Church leaders to protect victims.

This latest revelation in the worldwide clerical child abuse scandal is likely to cast a shadow over proceedings of the World Meeting of Families 2018 in Dublin next week, with many hoping that Pope Francis will address the issue during his visit to this country.