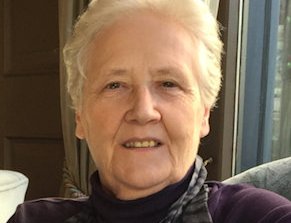 Justice campaigner Marie Collins, former member of the Pontifical Commission for the Protection of Minors

In her submission, the former member of the Pontifical Commission for Protection of Minors reminded those attending the four-day meeting that Pope Francis admitted there has been a delay in applying the actions and sanctions. The Irishwoman said it was time this delay ended, and that actions and sanctions were implemented.

Ms Collins has set out seven key points she would like delegates to consider when they gather in Rome on 21st February.

The Vatican could take a lead from Ireland’s bishops, said Ms Collins, as a clear definition of sexual abuse of a minor is provided in their safeguarding guidance.

There needs to be agreement on a clear definition of the term “zero tolerance”, Ms Collins said. “Pope Francis has promised there will be zero tolerance across the Church for anyone who would perpetrate sexual abuse of a minor. ‘Zero tolerance’ is taken by the laity to mean that any member of the clergy found to be guilty of abusing a minor will be removed from the clerical state. However, those church leaders who give it any attention argue about what level of abuse is acceptable before zero tolerance is applied, while others ignore it.”

Three other recommendations made by Collins are: Review Canon Law as it applies to cases involving the abuse of vulnerable adults, separating them from the abuse of minors; agree, and put in place, universal safeguarding measures across the Catholic Church; and publish and circulate widely the Congregation for the Doctrine of the Faith approval requirements for local child safeguarding policies.

Side by side with the issue of clerical child abuse has been the devastating failure of the hierarchy to tackle the issue and to conceal the problem by moving alleged abusers on to new parishes, where more often than not they would re-offend and destroy the lives of more children.

Ms Collins was abused by Fr Paul McGennis, a Dublin priest who was chaplain at Our Lady’s Children’s Hospital, Crumlin, in the 1960s. Reportedly, when Ms Collins approached Archbishop Desmond Connell about the abuse in the 1990s, he told her that the Archdiocese would not cooperate with a Garda investigation into the matter. This was despite the Irish hierarchy having a policy on reporting complaints of abuse to the civil authorities. In 2001, the Archbishop was made a cardinal.

The Dubliner said the process by which negligent bishops and other church leaders will be brought to justice within the Church should be clearly stated at the meeting in Rome later this month. She explained: “It would be a positive move toward better accountability if Pope Francis outlined what is the accountability process being used by the Church. Who is investigating? Who are the judges? What are the penalties being imposed?  This procedure should also be published, as the secrecy surrounding it increases the perception that there is no process in place.”

Lastly, Ms Collins said a commitment should be announced at the meeting that any guilty verdicts in regard to members of the church leadership will be made public, a move that would be a deterrent to any church leader that “might hold negative views on safeguarding”.

Concluding her submission, she said: “On a personal note, the Holy Father discussed accountability with me at his meeting with survivors on 26th August 2018 in Dublin.  He insisted there is a process and it is being implemented.  As there is complete confusion both within the institution and in the public arena around what exactly is this process, this meeting of global representatives of episcopal conferences would be an excellent opportunity for [the accountability process] to be clearly explained and made public.”