Vatican calls for abolition of death penalty at UN 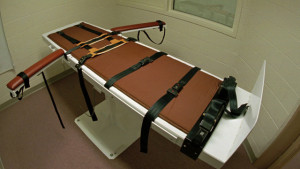 The Vatican’s representative at the UN in Geneva called for the abolition of the death penalty in a presentation to the Human Rights Council last week.

Archbishop Silvano Tomasi urged countries to use a “more humane” form of punishment declaring “bloodless means” as capable of defending the common good and upholding justice.

“As for those countries that claim it is not yet feasible to relinquish this practice, my Delegation encourages them to strive to become capable of doing so,” Archbishop Tomasi said.

“Respect for the dignity of every human person and the common good are the two pillars on which the position of the Holy See has developed,” he said. “These principles converge with a similar development in international human rights law and jurisprudence.”

“Moreover, we should take into account that no clear positive effect of deterrence results from the application of the death penalty and that the irreversibility of this punishment does not allow for eventual corrections in the case of wrongful convictions,” he added.

The Archbishop said the Holy See joins an increasing number of States in supporting the fifth UN General Assembly resolution calling for a global moratorium on the use of the death penalty.

Public opinion and support of the various provisions aimed at abolishing the death penalty, or suspending its application, is growing.

“This provides a strong momentum which this delegation hopes will encourage States still applying the death penalty to move in the direction of its abolition,” he said.

The Vatican diplomat also highlighted that Pope Francis has further emphasised that the legislative and judicial practice of the State authority must always be guided by the “primacy of human life and the dignity of the human person.”

He noted as well “the possibility of judicial error and the use made by totalitarian and dictatorial regimes… as a means of suppressing political dissidence or of persecuting religious and cultural minorities.”