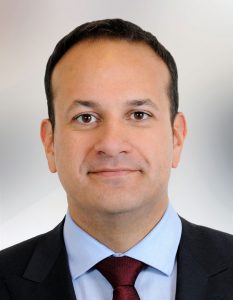 Taoiseach Leo Varadkar has said that the housing and homelessness crisis will not be solved in the lifetime of this government. He admitted that not enough social housing is being built but vowed to penalise those with empty properties.

Taoiseach Varadkar was speaking in a wide-ranging interview on the penultimate show of veteran broadcaster Vincent Browne on TV3.

Responding to the interview, Roughan Mac Namara, Advocacy Manager, Focus Ireland, told catholicireland.net: “Obviously it is clear that it will take longer than the lifetime of this government to solve the homeless and housing crisis; however, we would not like to see that this means it becomes less of a priority, and that it becomes easier for the government not to meet targets.”

He added that the review of the Rebuilding Ireland strategy (on tackling housing and homelessness), to be completed in a matter of weeks, is an opportunity for the government to set some “very achievable” targets.

“We need consistent monitoring to ensure that we really get to the crux of this issue and stop more families from becoming homeless in the first place,” he said.

He questioned whether having five ministers for housing and homelessness in as many years showed commitment on the part of the government to tackling the issue. However, Focus Ireland is committed to working with the current Minister.

“There are also a number of actions the Minister – and the government – could take to quickly make a major inroad towards easing this very human crisis. Access to housing could be improved by introducing more incentives for people to rent out empty houses and to stop developers hoarding building land by having penalties for those who do so,” he said. 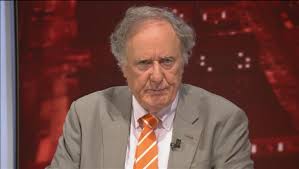 The Taoiseach stated during the TV3 interview that while the government is buying and leasing houses in the private sector to provide homes, this may switch to building more instead. He stated that penalties will be considered for people with vacant houses in areas of high demand for housing. Such houses should be renovated and brought into the rental market or sold because they should be in use.

“We know from our frontline services that this is now a major cause of homelessness,” said Roughan Mac Namara. “The government voted down legislation last year to stop evictions of tenants in buy-to-let properties that are being sold [Fianna Fáil abstained]. We believe if the legislation had been passed as many of 20 of the families who became homeless in Dublin every month would still have a home.”

He said that Focus Ireland continues to deal with people who have become homeless having lost their rental properties as rents have soared. The government needs more measures to protect tenants and keep them in their homes.

Reaction to the interview also came on RTÉ Radio 1’s Morning Ireland from Diarmuid O’Sullivan, regional services manager, Threshold, who pointed out that available funds would be better spent on helping people to stay in their homes rather than on emergency accommodation.

His comments come following the publication of a report by his charity which found that homelessness in the west is no longer confined to Galway city, but is also occurring in towns such as Loughrea, Ballinasloe, Tuam, Castlebar, Westport and Roscommon. He said the upholding and enforcing of safeguards for tenants and security of tenure are vital to keeping people in their homes.

At the end of TV3’s Tonight with Vincent Browne interview with Taoiseach Varadkar on Wednesday 27 July, panellists included Social Justice Ireland’s Research and Policy Analyst Michelle Murphy. She said she would like to have heard the new Taoiseach outline his social priorities for the country and provide a ten-year capital plan. She said that if he wants to increase everyone’s living standards then he will have to invest in services and bring down the cost of living.