The decision to withdraw America from the Paris Agreement is a shameful act from an administration with no concern for the world’s poor, Trócaire has said.

The organisation’s Executive Director Éamonn Meehan said that President Trump’s desire to withdraw America from the global climate change agreement is particularly shocking given that over 24 million people in east Africa are currently reliant on food aid due to prolonged drought and conflict.

“President Trump should travel to east Africa and see for himself the devastating impact of climate change. Trócaire sees those impacts every day,” he said.

Speaking in advance of the US President’s announcement to pull out of the Paris Agreement, Trócaire said it was vital the Irish government left no ambiguity about Ireland’s intentions to live up to its international commitments.

“Ireland will soon have a new taoiseach. One of his first acts should be to unambiguously reaffirm Ireland’s commitment to the Paris Agreement,” said Mr Meehan. “The Trump administration’s hostility to reality should not distract the rest of the world from the task of building a safe and sustainable future.”

The Executive Director of the agency said this was “an opportunity to show leadership on the global stage” like the leadership on climate change that was shown through the recent passage of the Fracking Bill and the progression of legislation to end Ireland’s investment in fossil fuel.

He called on the new taoiseach to prioritise strengthening the ‘National Mitigation Plan’ set to go before government in the coming weeks in keeping with Ireland’s obligations under the Paris Agreement. 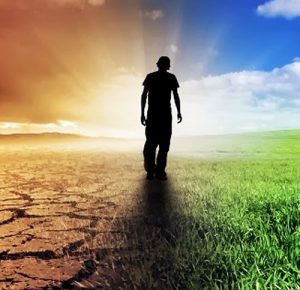 Noting that the US is the world’s second highest polluter, accounting for almost 16 per cent of global emissions, Trócaire called on the 196 other countries who have signed the Paris Agreement, including Ireland, to strengthen their resolve to demonstrate the American administration’s isolation on the issue of climate change.

“Climate change presents enormous risks for America too,” said Mr Meehan, noting that the World Bank had stated that five of the top ten cities in the world most at risk from climate change were in the US.

The US decision to withdraw from the Paris Agreement must not trigger a race to the bottom, he added. “The 196 remaining signatories must strengthen their resolve in order to send a signal to President Trump that he stands alone on the issue of climate change. The Paris Agreement remains our promise to future generations, a promise we must keep.”