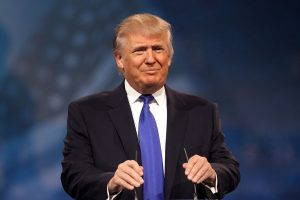 In a statement on Tuesday, Bishop of Austin Joe Vásquez warned that the new executive order still puts vulnerable populations around the world at risk.

“We remain deeply troubled by the human consequences of the revised executive order on refugee admissions and the travel ban,” the chairman of the US bishops’ Committee on Migration said in a statement.

He stressed that while the US administration had made an effort to modify the executive order in light of various legal concerns, the revised order still leaves many innocent lives at risk.

More than 65 million people around the world are forcibly displaced from their homes today.

In his statement, the USCCB spokesman said that given this extraordinary level of suffering, the bishops reaffirm their support for, and efforts to protect, all who flee persecution and violence, as just one part of the perennial and global work of the Church in defence of vulnerable persons.

Welcoming the removal of one of the original seven predominantly Muslim countries temporarily barred from entering the United States, he said the bishops were disappointed that the revised order maintains the temporary shutdown of the US refugee admissions programme, continues the more than 60 per cent reduction in the number of refugees who can be resettled into the US this year, and still temporarily bars nationals from six predominantly Muslim countries from entering the US.

The US bishops said they had long recognised the importance of ensuring public safety and would welcome reasonable and necessary steps to accomplish that goal.

“However, based on the knowledge that refugees are already subjected to the most vigorous vetting process of anyone who enters the United States, there is no merit to pausing the refugee resettlement programme while considering further improvement to that vetting process.

“The United States has long provided leadership in resettling refugees. We believe in assisting all those who are vulnerable and fleeing persecution, regardless of their religion, including Christians, Muslims, and all others.

The new ban differs from the executive order Trump signed on 27 January on several points.

The revised executive order allows Syrians to be resettled in the US after a 120-day ban. They were indefinitely excluded under the previous ban.

The new order also drops Iraq from the original list of seven Muslim majority nations from which foreign nationals are blocked for 90 days from entering the US. The remaining six countries are: Yemen, Somalia, Libya, Sudan, Syria and Iran.

It also removes the preference given to refugees from members of minority religious groups, such as Christians — a distinction many Christian groups considered unChristian.

It also contains exceptions for dual citizens and holders of green cards who want to travel to the US from the restricted countries.

The new order is set to come into effect on 16 March, the day the Taoiseach Enda Kenny is due to meet Donal Trump in Washington.

Speaking to CNS, Scott Wright, director of the Columban Center for Advocacy and Outreach, said that Columbans “have always welcomed migrants and refugees; we do so every day at the US-Mexico border”.

“We must always remember that we are a nation of immigrants and refugees and we are called to stand in solidarity with them,” he said.

People of faith “are called to both address the root causes of migration and seek policies of welcome toward our migrant sisters and brothers,” Scott Wright continued.

“We stand against any policies that seek to build a wall, inhumanely detain and deport women and families, or limit migration based solely on a person’s country of origin or religion.”