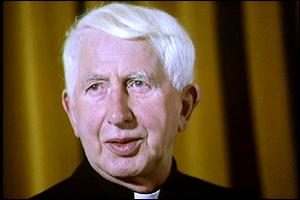 Two Catholic Universities will compete in an inaugural competition in London later this month. Students from St Mary’s University, Twickenham will compete against the students from the University of Notre Dame London Global Gateway in the inaugural London Catholic Cup football tournament on 25 November.

All proceeds from the tournament will go to London’s Cardinal Hume Centre, which connects homeless young people and families with employment, housing, education opportunities and legal assistance.

Vice-Chancellor of St Mary’s, Francis Campbell, said, “St Mary’s is pleased to partner with the University of Notre Dame, the famed American football powerhouse, to compete for the London Catholic Cup. St Mary’s is even more pleased with the opportunity we will have to work with a fellow Catholic University in assisting the wonderful work of the Cardinal Hume Centre.”

Roger Alford, Director of the University of Notre Dame London Global Gateway, said, “American football is a big part of our students’ lives back home. So, it is only right that their study-abroad experience should include an initiation to football as it is played on this side of the pond. Our team is training hard to put St Mary’s through their paces, but whatever the final score, this will be a tremendously fun and rewarding day for all involved. While fostering friendships and team spirit, the London Catholic Cup will see students rally together to support a worthy cause.”

He added: “At Notre Dame we are committed to serving our community, and as winter approaches, the chill in the air is a reminder of the hardship faced by London’s homeless. We are proud to join forces with St. Mary’s and dedicate this fundraising effort to the Cardinal Hume Centre – a lifeline for many poverty-stricken people in Westminster.”

Based in South Bend, Indiana, the University of Notre Dame opened its London Global Gateway in 1998, welcoming over 500 students annually to study in the college’s schools of Arts and Letters, Business Administration, Science, Engineering, and Law, and developing its own programs in London.

The Cardinal Hume Centre is called after the late Cardinal Basil Hume, who served as Archbishop of Westminster and President of the Catholic Bishops’ Conference of England and Wales from 1976 until his death in 1999. The Centre was established by Cardinal Hume at Arneway Street, Horseferry Road, London in 1986.