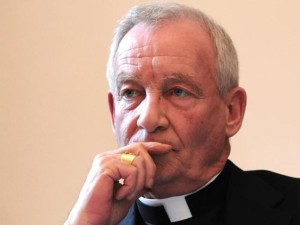 By a majority of 212 MPs, the House of Commons voted on Friday to reject a bill which sought to legalise assisted suicide.

Welcoming the outcome, Archbishop Peter Smith of Southwark said in a statement, “I welcome Parliament’s recognition of the grave risks that this bill posed to the lives of our society’s most vulnerable people.”

He said there is much excellent practice in palliative care which needs to be celebrated and promoted.

“I hope now the debate on assisted suicide is behind us, that this [excellent practice in palliative care] will become a focus for political action,” the Archbishop challenged.

He added, “I am encouraged by the participation of so many Catholics throughout England and Wales in this important discussion and hope that everyone involved will continue to support calls for better quality care as life nears its end.”

The vote is the third time legislation on this issue has been voted down since 1997.

On Friday morning, it was confirmed that the prime minister, David Cameron, was opposed to the bill.

Dr Peter Saunders of Care Not Killing welcomed the vote outcome, saying the current law existed to protect those who were sick, elderly, depressed or disabled.

“It protects those who have no voice against exploitation and coercion, it acts as a powerful deterrent to would-be abusers and does not need changing,” he said.

Euthanasia, which is considered as manslaughter or murder, is illegal under English law.

The Suicide Act 1961 makes it an offence to encourage or assist a suicide or a suicide attempt in England and Wales. Anyone doing so could face up to 14 years in prison.

The law is very similar in Northern Ireland.

According to MP Caroline Spelman “The right to die can so easily become the duty to die” and the Conservative party member said the law already provided protection for the elderly and disabled.

She had warned that the proposed bill “changes the relationship between the doctor and their patient, it would not just legitimise suicide, but promote the participation of others in it.”