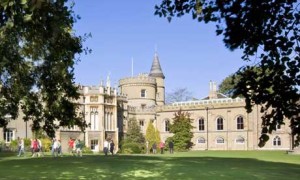 It is titled, ‘O’Casey and the Drama of History’ and is open to students, staff and members of the public interested in the subject.

The Irish dramatist is renowned for his plays depicting Dublin during the revolution and civil war. The Ambassador’s talk will explore his work and the relationship between drama and the narratives of Irish history.

Ambassador Mulhall was born in Ireland in 1955 and joined the Department of Foreign Affairs of Ireland in 1978.

He has held positions in the Department’s Economic, Political, Development Cooperation and Press Sections.

Among his interests are Irish history and literature. He has published many articles as well as the book, ‘A New Day Dawning: A Portrait of Ireland in 1900’ (Cork, 1999).