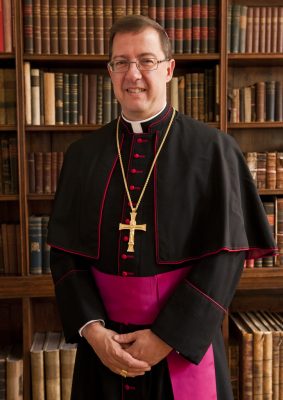 Auxiliary bishop of the Diocese of Westminster and lead Catholic bishop for life issues, Bishop John Sherrington, has warned against “abortion on demand” being introduced in proposed amendments to the Domestic Abuse Bill. He said it is expected for the report stage of the bill to take place in the week commencing Monday 6 July. “There is currently an attempt by some MPs to table an amendment to the Bill to repeal sections 58 and 59 of the Offences Against the Persons Act 1861,” the bishop said.

Bishop Sherrington notes that, while these amendments are being presented as “decriminalising abortion”, they would, if carried, do far more than that. “It would result in the introduction of abortion on demand, for any reason, up until when a child is capable of being born alive, with a ceiling of 28 weeks. It would leave the UK with the most extreme abortion legislation in Europe, where in nearly all countries the time limit for abortion is 12 weeks. The majority of our fellow citizens would like to see the current 24-week limit reduced, not increased,” the bishop stated.

Bishop Sherrington also noted that the amendments would, in effect, “remove the clauses in the Abortion Act 1967 which enable medical practitioners to exercise conscientious objection in relation to abortion. Furthermore, it would also remove the legal safeguards which currently protect women and children.”

The bishop said “it is not too late to act” and asked people to write to their local MP urging them to oppose the amendments which would expand the tragic effects of abortion in the UK even further.

To use the ‘email your MP’ platform, click here.