A year of centenary celebrations gets underway to mark Oscar Romero's birth in El Salvador on 15 August 1917. 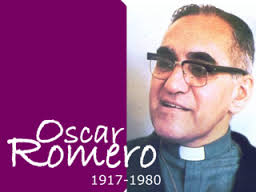 Blessed Oscar Romero is an example to help us all to respond to the suffering and injustice we see in the world around us today, according to the UK Bishop for Migrants, Bishop Patrick Lynch, who is originally from Ireland.

The bishop, a Missionary of the Sacred Heart, spoke of growing up in Killarney in his homily at a special Mass marking the 99th birthday of Blessed Oscar Romero.

Bishop Lynch recalled one of Romero’s homilies on the Good Samaritan and made parallels between the two.

“From my experience of growing up in Killarney – a thriving centre of the Irish tourist industry with many hotels and guesthouses – I can imagine that the innkeeper took some persuading to take in a wounded man as a guest. Taking care of him would demand time and energy and being seen talking to a Samaritan would certainly not be good for business,” said the Bishop.

Bishop Lynch then encouraged Christians, and those around them, to be ‘prophets of God’s Mercy’ – to speak up for those who suffer and are exploited.

“This means reminding the leaders of business that the dignity of all workers – no matter how ‘menial’ their work – must be respected. This means reminding and working with Government to ensure that everything is done that can be done, through legislation and action, to eradicate such exploitation and prevent it happening in the future,” he said. 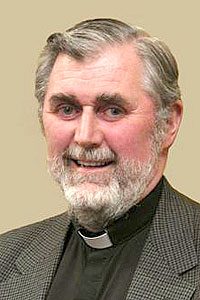 The Bishop spoke about the Catholic Church in South America and its contribution to a key aspect of the overall mission of the Church – to build a more just world ‘in solidarity with the poor’.

“The only way we can begin do that is, like the Good Samaritan and Romero, by truly seeing, being sensitive to, staying with and speaking up for those who suffer and are exploited in our world today… we begin that journey like the Good Samaritan and Romero by allowing ourselves be moved by the wonderful gift of God’s Mercy and compassion and going back across the road if we are tempted to pass by,” he said.

He also spoke of attending a meeting in the Diocese of East Anglia, about human slavery in the area around Peterborough, Wisbech and Boston.

The Bishop said he was “horrified” to hear from two young police officers about how unscrupulous recruiters often travel to Lithuania, Slovakia and Albania and entice many hundreds of young men and women with all kinds of false promises to come and work in the agricultural and food processing industries in the UK.

“They promise good jobs, good money and good living conditions. The reality is that when they arrive by bus in Kent their passports are taken, their freedom is limited and they are consigned to work in factories and on farms living literally as slaves in awful conditions,” he said.

Patrick Lynch was born in 1947 in Cork City. He started his primary education in Presentation Convent, Killarney and completed it in St. Fintan’s, High school Sutton, Co Dublin.

He began his secondary education in St Fintan’s but completed the leaving certificate in Christian Brothers College, Cork in 1964.

On leaving secondary school he entered the novitiate of the Congregation of the Sacred Hearts of Jesus and Mary in Cootehill, Co Cavan and made a profession of temporary vows in August 1965.

After studying in the USA and teaching for a short period, he returned to Ireland to be ordained a priest in July 1972. Next he went to the UK and worked in a variety of parishes, diocese and roles.

He is now a bishop in the Archdiocese of Southwark with responsibility for the South East pastoral area of the Diocese which comprises the Deaneries of Bexley, Bromley, Camberwell, Greenwich, Lambeth and Lewisham.