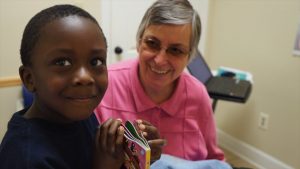 The bodies of two nuns were found in the American city of Jackson, Mississippi on Friday in what police suspect was a violent robbery at the Sisters’ home.

Local police found the bodies after colleagues reported them missing when they failed to show up for work on Friday.

Sixty-eight-year-old Sr Paula Merrill, a nurse with the Sisters of Charity of Nazareth (SCN) in Kentucky and Sr Margaret Held, also 68 and a nurse with the School Sisters of St Francis in Milwaukee, both helped patients struggling to pay for their healthcare at Lexington Medical Clinic.

Their car, which was not outside their home, was later found abandoned less than a mile away from the sisters’ home.

Responding to the shocking news, Bishop Joseph Kopacz of Jackson said, “These sisters have spent years of dedicated service here in Mississippi. They absolutely loved the people in their community.”

He added, “We mourn with the people of Lexington and Durant and we pray for the Sisters of Charity, the School Sisters of St Francis and the families left behind.”

A priest who serves at St Thomas Catholic Church in Lexington told a reporter that the two were the “sweetest Sisters you could imagine”.

Maureen Smith, a spokeswoman for the Diocese of Jackson, said that there were signs of a break-in at the nuns’ home.

“Pray in gratitude for the precious lives of Sisters Paula and Margaret … They served the poor so well. Because we are gospel women, please also pray for the perpetrators,” SCN President Susan Gatz said in a statement. 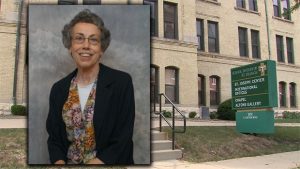 According to Global Sisters’ Report, the clinic the nuns worked at serves a country where 41 percent of the population lives in poverty. Approximately 40 percent of the patients are uninsured or have only Medicaid.

The Sisters of Charity of Nazareth, based in Nazareth, Kentucky, were founded in 1812.

They describe themselves as an international congregation who are “committed to work for justice in solidarity with oppressed peoples, especially the economically poor and women, and to care for the earth. They risk their lives and resources, both personally and corporately, as they engage in diverse ministries in carrying out this mission.”

The School Sisters of St Francis community was founded in 1874 and also serves the poor. It is based in Milwaukee.