A little bit of Christmas tradition is 200 years old this year: the beloved carol “Silent Night” was first performed in Austria on Christmas Eve two centuries ago, in December 1818.

Originally titled “Stille Nacht, heilige Nacht”, the song has been translated into more than 250 different languages, including Irish under the title Oíche Chiúin. The words were written by a young priest Fr Joseph Mohr, and the melody was composed by Franz Xaver Gruber, a schoolmaster who was also organist at St Nicholas’s Church in the town of Oberndorf bei Salzburg. 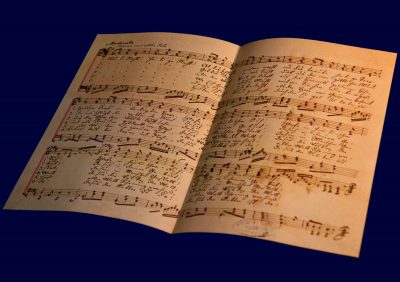 A family of folk singers, the Rainers, added the carol to their repertoire and they performed it in 1819 to an audience that included Emperor Franz of Austria and Tsar Alexander of Russia, which quickly made it a favourite with royal families across Europe.

A recording of “Silent Night” by the Irish–American singer Bing Crosby is the third biggest selling record of all time. The carol was given additional poignancy and power during the First World War “Christmas Truce” in 1914, when British and German troops met and socialised together in “no man’s land” on Christmas Day after hearing each other sing the carol from within their opposing trenches.

Because Austria was still recovering from the effects of that devastating war, the 1918 centenary of the song wasn’t especially noted in the small town of Oberndorf bei Salzburg where it had been composed. Also, at that time the building where the song had been first performed, St Nicholas’s Church, had been destroyed for over 20 years following a series of devastating floods that occurred in the 1890s.

However, in 1924 work started to build a memorial chapel on the site, in remembrance of all the fallen of “the Great War”, and the Stille-Nacht-Kapelle, or Silent Night Chapel, now sits on the site. In 2011 UNESCO declared the chapel and the song associated with it to be part of humanity’s “intangible cultural heritage”.

Notably, when Fr Mohr wrote those beloved words, the song would have been heard throughout the Christmas season, but today Christmas carols like “Silent Night” are sung mainly in the run-up to Christmas Day and carols are rarely heard after 26 December outside of church liturgy.