In 2017, twenty three Catholic missionaries were killed in the world, according to a report from the Vatican Fides Agency released this week.  Of these thirteen were priests, one was a religious brother, one a religious sister and eight were lay pastoral workers.

Nigeria and Mexico were at the top of the list for the murder of Catholic personnel. Most were victims of attempted robberies.

Fides compiles the grim statistics every year.  According to information gathered by the agency,  424 pastoral care workers were killed between 2000 and 2016 worldwide, including five Bishops.

Among those mentioned in the Fides dossier, was the Bishop of Bafia, in Cameroon, Bishop Jean-Marie Benoît Bala, whose body was found in the Sanaga River on 2nd June 2017. While judicial authorities in the country are presenting his death as suicide, the country’s Episcopal Conference vigorously denies this, insisting he did not commit suicide, but “was brutally murdered”.

The Fides list does not only include, what it terms, missionaries ‘ad gentes’ in the strict sense (ie people who leave their own homeland to specifically work as missionaries in another land),  but all pastoral care workers who died violent deaths. 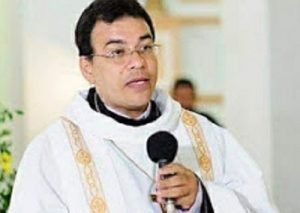 “We do not propose to use the term ‘martyrs’, if not in its etymological meaning of ‘witnesses’ since it is up to the Church to judge their possible merits and also because of the scarcity of available information in most cases, with regard to their life and even the circumstances of their death,” says the Fides report.

Most of the  pastoral care workers were killed in attempted robberies. Some involved violent attacks –  “a sign of the climate of moral decline, economic and cultural poverty, which generates violence and disregard for human life,” comments the report.

In these situations, priests, religious and laity share the same daily life with ordinary people, bringing the specific value of their evangelical witness as a sign of hope, it says. “Those who were killed are only the tip of the iceberg, as the list of pastoral workers or simple Catholics, assaulted, beaten, robbed, threatened, as well as Catholic structures at the service of the entire population, assaulted, vandalised or looted is certainly long.”

The agency adds that to the list of those who have died, should be added, the “long list of many of whom there may never be news, who in every corner of the world suffer and even pay with their lives for their faith in Christ”.