Twenty-nine missionaries gave their lives for their faith in 2019 according to the Information Service of the Pontifical Mission Societies, Agenzia Fides, which collects the figures each year. Some 40 missionaries were killed in 2018, which was almost double the 23 killed in the previous year.

According to information gathered by Agenzia Fides, in 2019 some 29 missionaries were killed throughout the world including 18 priests, 1 permanent deacon, 2 religious men, 2 nuns and 6 laypeople.

The information service uses the term “missionary” for all the baptized because they are “missionary disciples”, and whatever their position in the Church or their level of instruction in the faith they are “agents of evangelization (EG 120),” stated Fides in its statement on the figures.

This has been the case for some time so the annual list of Fides does not look only to what it calls “Missionaries ad gentes in the strict sense”, but tries to record all the baptised engaged in the life of the Church who died in a violent way, not only “in hatred of the faith”.

“For this reason, we prefer not to use the term ‘martyrs’, if not in its etymological meaning of ‘witness’, in order not to enter into the question of the judgment that the Church might eventually deliver upon some of them, after careful consideration, for beatification or canonization,” said the agency.

The latest figures show that after eight consecutive years in which the highest number of missionaries killed was recorded in America, since 2018 it is Africa that has taken the first place.

From Nairobi Fides reported in October 2019 that Fr Michael Maingi Kyengo, vice parish priest of Thatha, in the diocese of Machakos, was kidnapped and later found buried. His possessions including a car, mobile phone and credit card had been stolen.

In Colombia a parish priest was killed in Cauca, a battleground between old and new armed gangs. Fr Jhony Ramos, parish priest of the parish of Jesus de la Misericordia in the Comuneros district in the town of Villavicencio, was found dead, with his feet and hands tied, in the parish house. Investigators initially stated that he was a victim of theft, as funds had been recently raised in a parish lotto. He was the second Colombian priest killed in 2019 following another murder in February. 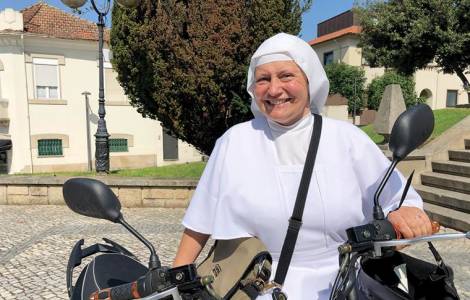 In Portugal Sister Antonia Pinho, who helped the sick and needy, was abused and murdered by a drug addict she had helped. The member of Servants of Mary the Ministers of the Sick order had been working in the Portuguese town of Sao Joao da Madeira.

Fides also noted that in the 2019 figures there is a “globalization of violence”. While in the past the missionaries killed were mostly concentrated in a nation or geographical area, in 2019 the phenomenon appears more generalised and widespread.

The figures do not include people of other faiths and religions who were killed for their faith, nor those who were attacked, persecuted and kidnapped but not killed.