Conference asks if trust in Irish charities has been restored 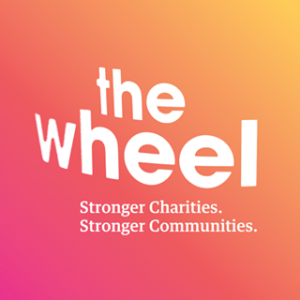 While trust in charities is increasing, just 47 per cent of respondents to a poll conducted in April said they trusted charities. This is just slightly above the trust they have in banks and the media, according to Tim Harrison, Director of Tracking Research at NFPSynergy, who spoke at The Wheel’s National Conference for Charity Sector at Croke Park, Dublin.

One year on from the Console scandal, speakers at the conference addressed the question: “Has enough been done to restore public trust in the charity sector?”

David Hall, who stood in as interim CEO of Console as the financial and governance crisis unfolded, told the conference: “Console was the exception.”

He said that the majority of charity and voluntary workers do their business without controversy. Console was a dangerous situation, but particularly for the 346 clients availing of its counselling services and the 19 people who phoned the suicide helpline every day seeking help. He said that those people were forgotten amidst all the publicity and political frenzy.

“There needs to be a plan to ensure that the service users are protected and that someone steps in under the auspices of the Regulator,” he said. He added that the crisis did “untold damage” to everybody in the non-profit/voluntary sector.

“I am embarrassed to work in a sector that has 50 per cent public confidence – I am embarrassed that we are doing only slightly better than the banks,” said Richard Dixon, Concern. He spoke about how Concern had its own financial problems in the past with a former CE and how that was a point of change. The late Fr Aengus Finucane, Concern director at the time, was called home from Bangladesh to help restore trust. Richard Dixon said the aid agency now has strict structures in place to ensure financial transparency and accountability.

Dr Oonagh B Breen, an Associate Professor of Law at the Sutherland School of Law, University College Dublin, also spoke on governance structures and issues, as did Sarah Keane, who was recently elected as the first female President of the Olympic Council of Ireland.

There is help for trustees who get into difficulties, but those who shirk their responsibilities and purposely do not meet their obligations will be found out, according to Charities Regulator CEO John Farrelly, who cautioned that all charities should now be registered on the Charities Register and have provided up-to-date information.

“If your organisation is not registered and its registration details are not up to date, not only does it raise a question as to whether the public can trust you but you are also in breach of the Charities Act,” he said. 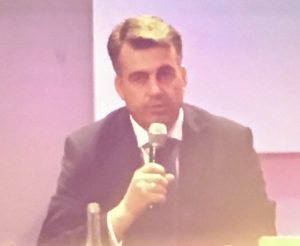 He added that the Charities Regulator over the last year has removed 704 charities from the Register. During the same period, 966 new charities were registered.

Deirdre Garvey, CEO of The Wheel, announced that the first National Charity Impact Awards would take place later this year, and welcomed the new government Department of Community and Rural Affairs with Minister Michael Ring at the helm as a very significant breakthrough for the community, voluntary and charity sector.

“We are delighted to see the role of the community and voluntary sector formally recognised by government. The creation of the Department of Community and Rural Affairs presents a great opportunity to develop a strategy for funding, regulating and supporting the sector to thrive and make an even bigger contribution to national life,” she said.

Addressing delegates representing around 200 charities, Ms Garvey said: “The 2016 Programme for Government includes a commitment to develop a ‘strategy to support the community and voluntary sector’ and to ‘task a coordinating unit to work with communities to develop co-operative structures to keep vital local services in place and to retain and develop vibrant local enterprises.’”

The Wheel’s National Conference is Ireland’s largest annual gathering of non-profit organisations. The event acts as a focal point for a sector that generates a combined annual turnover of €10.9bn, employs around 150,000 people and involves over half a million volunteers. The Wheel has over 1,320 member organisations across Ireland employing over 30,000 staff.