Trócaire has published on its website the winning poems of the competition it ran in association with Poetry Ireland. The full booklet of all 18 poems is now available for download.

This year’s theme, ‘Before the Storm’, explored disasters like flooding due to climate change, how people prepare for extreme weather and the helplessness that they feel when they know that a storm is coming.

The competition was linked to Trócaire’s work in Honduras, where the aid agency helps vulnerable communities to plan for the next extreme weather event and minimise damage.

Between 1993 and 2014, at least 65 extreme weather events affected Honduras, including 6 of the 12 strongest hurricanes of the 20th century.

The overall winner was published poet David Butler, with his poem ‘Before the Storm’.

Poets from around the island of Ireland gathered in the National Library of Ireland last week to receive their prizes. Winners from last year were also present at the awards ceremony. 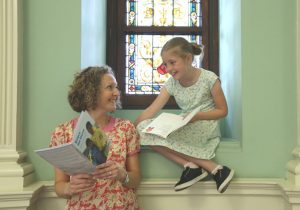 Lorraine Carey was joint runner-up with Angela Carr, with her poem ‘Signs’. Lorraine Carey’s first poetry collection is being launched at Listowel Writers’ Week in 2017. Her daughter Elise had been a runner-up in the Junior Primary category in 2016 and 2015, so this time Lorraine Carey made it a family hat-trick and it was Elise’s turn to congratulate her mum.

The competition, which is popular among schools, saw many strong entries in the Primary and Post-Primary categories from schools all around the country, and the judges – award-winning poet Jane Clarke, CDETB’s Curriculum Development advisor Aidan Clifford and Trócaire’s Trish Groves – had a difficult time selecting the winning poems.

Post-Primary Senior and Junior first prizes were won by Adam Cooper’s ‘How to Survive a Storm’ and ‘Ag Fanacht leis and Stoirm’ by Muireann Ni Eideain.

In the Primary Category Senior and Junior prizes were won by Catherine Coen’s ‘The Monster in the Sky’ and Hannah McCorry’s ‘Songbird’.

Before the Storm – David Butler 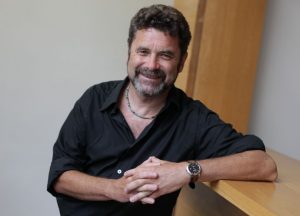 There is a moment, before the storm,
when the winds hold their breath;
the boughs stop moving; the cloud,
backlit, is photograph-still;
the lake’s meniscus reverent.
A moment in suspense.
An instant, when future imperfect
appears to hang in the balance;
when the dice have yet to fall,
the first fat drops to explode
in the dust-tormented earth.