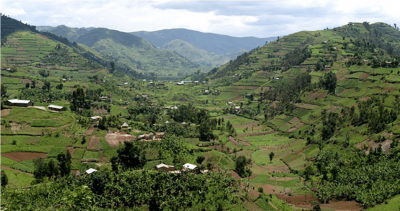 Twenty-five years after the genocide, Rwanda is now a land of peace.

This weekend marked the 25th anniversary of the Rwandan genocide, when roughly 1 million people were murdered in the space of 100 days.

The killings started from a civil war that was being waged against the government, which was mainly Hutu, and the Rwandan Patriotic Front (RPF), which was mainly comprised of Tutsi refugees that had previously fled from Rwanda to Uganda. But the conflict escalated from civil war to genocide when the government directed a programme of mass murder of Tutsi civilians using Hutu soldiers, gendarmes and civilians. The violence only came to an end when the RPF seized the Rwandan capital Kigali.

Today, the aftermath of the Rwandan civil war is held up internationally as an example of reconciliation and of how peace can be built in the wake of conflict.

“In the land of a thousand hills, many who killed their neighbours in Rwanda’s genocide 25 years ago now live side by side with relatives of the dead.

“Speech that creates ethnic divisions has been banned. Local courts have allowed many perpetrators to be released from prison in return for confessions and expressions of remorse. Reconciliation and unity programmes have changed lives as communities with immense courage have chosen to move on and create a space for healing.”

Since the end of the civil war, Rwandan life expectancy has more than doubled to 68 years, gross national product is growing at a rate of 8 per cent a year and the country has seen the greatest reduction in the world of under-five mortality rates.

“A people that lived through unimaginable horrors 25 years ago have managed to achieve incredible progress,” Ms de Barra said. “This progress has been supported by people all over Ireland, whose generosity and humanity have allowed a country to rise from the ashes of terror.”

On behalf of the communities Trócaire works with in Rwanda, Ms de Barra thanked all those in Ireland that have helped, with their donations, in “allowing the people of this beautiful country to build a new future”.