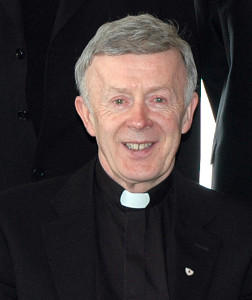 Archbishop Michael Neary has paid tribute to the late Tom Murphy RIP. He expressed deep sadness at the death of the man who he said was “one of the greatest playwrights to emerge from the West of Ireland”.

The Archbishop of Tuam stated that the people of Tuam are immensely proud of Tom Murphy.

“At the heart of Tom’s work were the themes of emigration and displacement which continue to resonate here in his native Tuam as well as with generations who grew up with Tom and experienced a very different Ireland to what we know today,” said the Archbishop.

“Tom gave voice to the dispossessed, the outsider, the underdog, the anti-hero. There was a searing honesty in his work. He cast a critical eye on Irish society, on the scourge of emigration, but his tone was always one of deep compassion for the individual. Many of his unsung heroes were women.”

He said that while Tom Murphy’s plays have been performed all over the world, he never lost touch with his roots in Tuam and his voice is always a voice “of and for” the West. 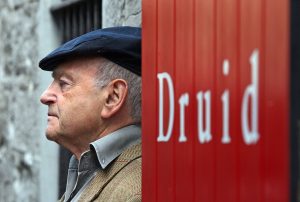 Archbishop Neary highlighted Tom Murphy’s contribution, in the early 1970s, to the work of the International Commission on English in the Liturgy (ICEL). This is a commission of Catholic bishops’ conferences in countries where English is used in the celebration of the Sacred Liturgy.

“As a literary person Tom was invited by ICEL to help in the work of preparation of the translation of Latin texts of the Missal for use at Mass,” he said.

President Michael D. Higgins also paid tribute to the late Tom Murphy, stating that his contribution to Irish theatre is immeasurable and outstanding.

“His themes were not only those which had influenced the very essence of Irishness, emigration, famine and loss – they were universal in their reach,” stated the President. “He was above all the great playwright of the emigrant, more than anyone capturing, in a poignant, creative way, the transience that is at the heart of the emigrant experience.”

The President presented Tom Murphy with the Aosdána torc in his home in 2017.

Tom Murphy, already an established Irish writer, became the Druid Theatre’s Writer in Residence in 1983. This was the start of a long collaboration which started with plays by Tom Murphy in 1984 such as Famine and On the Outside, Conversations on a Homecoming in April 1985 and Bailegangaire, featuring the legendary Siobhán McKenna, in December of that year. In more recent years Druid presented a new production of Bailegangaire, and the world premiere of Brigit.