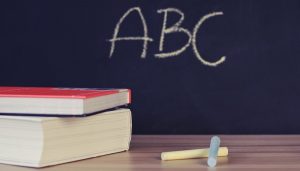 Catholic secondary schools continue to dominate the top of Northern Ireland’s A-level league table, according to the latest annual school performance guide published by The Belfast Telegraph and The Irish News.

Each year the newspapers use Department of Education data about A-level performance, then rates the schools against one another based on the percentage of pupils achieving three or more results at grades between A+ and C.

This year there were 159 schools listed in the table. Every one of the top ten schools were faith schools, with nine of them being Catholic. The non-Catholic school listed, the Friends School Lisburn, ranked eighth, is one of only nine Quaker schools operating in Britain and Ireland.

The post primary school that did best was the St Louis Grammar in Ballymena, where more than 95 per cent of pupils achieved three or more top grades. It is the second year in a row that St Louis has been top of the table.

In addition to being faith schools, seven of the schools in the top ten were grammar schools – that is, schools with selective admission policies that give priority to students of high ability.

Nevertheless, the third- and fourth-best performing schools, St Brigid’s College in Derry and St Killian’s in Balymena, are both non-grammar schools. Indeed, more than two-thirds of St Brigid’s pupils are entitled to free school meals – indicating that the school population is not one that is enjoys social advantage – yet 92.3 per cent of its pupils achieved top marks in last year’s state examinations.

At St Louis, principal Sean Rafferty told The Belfast Telegraph that the students’ success was down to their own hard work, plus the guidance of staff and the support of their parents.

But he also added that the fact that the school provides a faith-based education also helps: “There is a sense of collegiate responsibility there that maybe doesn’t exist in more secular models. It’s proven, tried and tested across the world that the faith-based models are the most successful, and I think there’s something there that people have to take on board.

“We’re not only successful academically, but I would argue that our success is in delivering a holistic education profile to young people so they are well equipped for the world of work, university or contribution to society.”