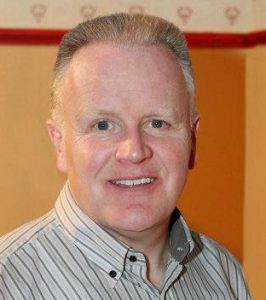 A historic event takes place in the Parish of Thurles in County Tipperary next week when the town gets its first parish priest in over 200 years.

Previously the town of Thurles was administered in the Archdiocese of Cashel & Emily by an administrator. However in the recent clerical changes announced by Archbishop Kieran O’Reilly, the town will now have its first Parish Priest since 1774. Fr Jim Purcell has been appointed to the role and takes over the running of the parish from the Very Reverend Martin Hayes who has been appointed as Director of Pastoral Planning in the Archdiocese.

The historic induction of the new Parish Priest of Thurles will take place during the Family Mass in the Cathedral of The Assumption on Saturday 11th November at 7.30pm. The ceremony will be led by Tipperary Town Parish Priest, the Very Rev Canon Eugene Everard, who is also Vicar General of the Archdiocese of Cashel & Emily.

Speaking this week, Fr Jim who has previously served in Loughmore and Cashel parishes said that he ‘’has specifically chosen the Family Mass for this occasion as I see myself as joining the wider family of the Thurles Parish community’’.

Fr Jim is well known through the country.  The Holycross/Ballycahill native has a Master’s degree in Humanistic and Integrative Psychotherapy from UCC, and has also studied Spiritual Direction in Manresa.  He  has been a Chaplain in second level schools for many years, and he also works part time as a counsellor where his approach is ‘’to nurture the whole person mind, body and spirit’’.

The Parish of Thurles which has the largest population in the Archdiocese, has two Catholic Churches. The Cathedral of the Assumption, and the Church of St. Joseph & St. Brigid, Bohernanave built in 1971.  The Archbishop of Cashel & Emly also resides in Thurles.