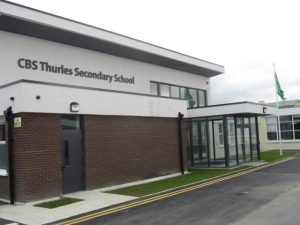 A Co Tipperary based Christian Brothers school is holding a special concert next month to celebrate the bicentenary of the Brothers in Thurles town.

Thurles CBS will host the concert on Thursday 6 October to celebrate the 200th anniversary of the arrival of the Christian Brothers in 1816.

Speaking about the concert, the school’s music teacher, Deirdre Preston Ryan, said CBS is hoping to gather a large cohort of past pupils to come along and join in the celebrations by taking to the stage on the evening.

She added, “We would love past pupils to make contact with us and commit to the event which will be staged on Thursday 6 October. We want people of all generations and we think this will be a very special way to celebrate 200 years of music in our school.”

CBS past pupils have distinguished themselves through the years on stage through drama, dance, music and song, on local national and international scales.

Among the schools most famous alumni on the music stage is former Late Late Show musical director Frank McNamara who attended the school for a number of years.

Thurles CBS was founded in 1816 by William and Thomas Cahill.

The composite monastery and school was situated in what was then known as Pudding Lane in Thurles and it catered for both primary and secondary pupils.

In 1979, a spacious new secondary school was opened. During 2002 – 2003 the school was extensively refurbished.

The school has also fine reputation in hurling and the entire six backs from last Sunday’s All-Ireland winning Tipperary hurling team are past pupils.