Thousands of people took part in the second annual ‘National Pilgrim Paths Day’ on Easter Saturday and some are continuing their trek this bank holiday Monday.

Large numbers of both Irish and overseas visitors have walked the country’s 11 ancient trails over the course of the weekend.

Speaking to CatholicIreland.net, the Chairman of Pilgrim Paths Ireland, John G O’Dwyer said, “National Pilgrim Paths Day offers all comers from every religious background and none an opportunity to reconnect with Ireland’s medieval heritage.”

Supported by the Heritage Council, guides from local communities led each of the pilgrim walks while outlining the story of the route and explaining how medieval penitents coped with their arduous journeys. 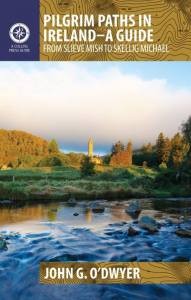 Time was also set aside for thanksgiving and reflection on each walk.

“This year we invite people to once again escape from the daily treadmill of living and take some time out to reflect on life while experiencing the joy of exploring the hidden places of peace and beauty.”

He added, “As with the highly successful event in 2014, Pilgrim Paths Day again aims to provide a warm welcome for participants of all religious backgrounds and equally those without religious affiliations.”

“It is planned as a unifying day emphasising Ireland’s common Christian heritage and is designed to facilitate a deeper understanding of the country’s historic past.”

He said every effort has been made to facilitate the participation of families, the less fit, and in so far as possible, those with special needs in a unique event aimed at rediscovering Ireland’s rich medieval and spiritual inheritance.”

Most of the pilgrim walks have been single day events which took place on Saturday 4 April. However, some take two or three days.

All are targeted at facilitating a degree of deeper reflection on, and appreciation of, the Irish outdoors and the Easter period.