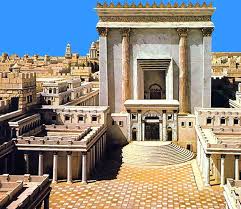 Just before the Jewish Passover Jesus went up to Jerusalem, and in the Temple he found people selling cattle and sheep and pigeons, and the money changers sitting at their counter there.
Making a whip out of some cord, he drove them all out of the Temple, cattle and sheep as well. He scattered the money changers’ coins, knocked their tables over and said to the pigeon sellers,
“Take all this out of here and stop turning my Father’s house into a market.”

Then his disciples remembered the words of scripture: “Zeal for your house will devour me.”
The Jews intervened and said, “What sign can you show us to justify what you have done?”
Jesus answered, “Destroy this sanctuary, and in three days I will raise it up.”
The Jews replied, “It has taken forty-six years to build this sanctuary: are you going to raise it up in three days?” When Jesus rose from the dead, his disciples remembered that he had said this, and they believed the scripture and the words he had said.

Jesus was so angry because their religious leaders are allowing this to happen!
Religion was being reduced to ritual, it’s core was missing.
Jesus did not feel at home in this temple that was originally built as his Father’ house.
He went there sometimes, and nearly always caused trouble.
This is where he was meant to feel most himself but alas no longer.
The falsity of the occasion was the using of the temple to gain financial riches and exercise power.
The poor were being overcharged to pay for the materials for sacrifices. 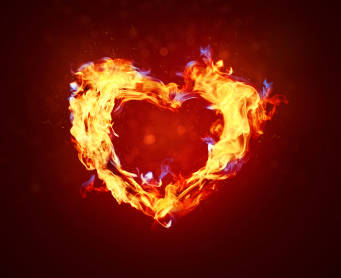 Nowadays the temple of Jerusalem has disappeared torn down by the Romans as prophesied by Jesus. If we go to Jerusalem now, all we will find are the foundation stones.

The burning heart of Jesus is the core of the New Temple of God. We are now God’s temple!- if we love one another as Jesus loved us.

If we do not make God’s presence real in our lives, our area of work, play and prayer, then maybe we too should knock down our modern church too!

Only if God is alive in us all the time, will he be alive in the building.
If God is not alive all week in us, God will not be alive on Sunday in the church.
If he is not alive in our hearts – well, maybe that’s sometimes why religion can be so boring – it’s religion only from the neck up.
Jesus promised to rebuild his own life in 3 days. Rebuilding us up may take a little longer. Think of what is most central to your life. Is that a concern of God too?

Lord,
Keep me close to all you love and value in my life.
Work with me to rebuild my life to be your Temple.
Amen.